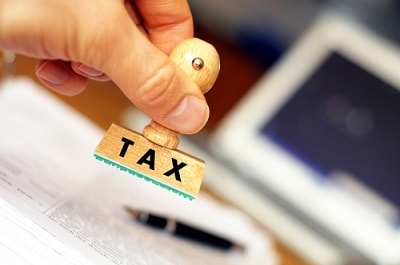 The IRS has announced the annual inflation adjustments for over 50 tax provisions for the 2018 tax year.

In this article we’ll look at how some of those provisions will affect expats.

It’s worth bearing in mind though that some of the new adjustments announced may never happen, assuming that the Trump Tax Reform Plan is passed before it’s time to file 2018 tax returns. Assuming that they do though, in this article we look at what the changes would mean for US expats.

American expats find themselves in the almost unique position of having to file US taxes even if they live abroad. This is because the US taxes based on citizenship rather than on where someone lives. As such the Standard Deduction and Personal Exclusion Rates are as relevant to expats as they are to Americans living Stateside.

It’s worth noting though that the Trump Tax reform plan proposes scrapping the personal exemption altogether and increasing the standard deduction to compensate, so it may well be that the figures currently proposed for 2018 never actually happen.

The Foreign Earned Income Exclusion is one of the primary exemptions that expats can claim to prevent them paying US taxes on their income earned abroad, assuming they can prove that they live abroad by using either the Bona Fide Residence Test or the Physical Presence Test.

“The IRS changes are based on current federal law and are set based on economic and actuarial projections. Keep in mind that the provisions could shift as the Trump administration seeks approval of the largest federal tax overhaul in decades.” – USA Today

It is normally a good option for expats who earn less than around $100,000 and who pay a lower rate of income tax (or no income tax) abroad.

Retiring abroad has never been more popular, however expats who have retired abroad or are thinking about retiring abroad should remember to consider the tax implications, both US and foreign, as part of their planning.

More and more expats who weren’t aware that they were required to file US taxes from abroad are choosing to catch up by using the Streamlined Procedure IRS amnesty program. The Streamlined Procedure requires expats to file their last 3 tax returns and last 6 FBARs (as appropriate), and self certify that their previous failure to file wasn’t willful evasion.

The Streamlined Procedure offers expats a way to catch up without facing any IRS penalties.