Assault Of The US Expat Tax Zombies 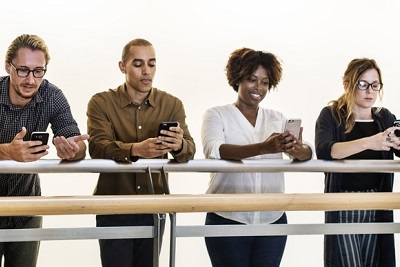 (and how they’re eventually going to eat us all)

Sooner or later the tax zombies (the US expat tax authorities) are going to win. They’re going to eat us all. We are all doomed and we will all be consumed by them. Most of us expatriates have been living our lives productively, forthrightly and contributing fairly to our host countries’ taxing authorities and have been faithfully paying American expatriate tax as well. The zombies are not satisfied though. They need more – (They always need more) … The United States is the only country in the world that taxes its citizens wherever they are – even if they do not live in the United States. Over and above having authority over our foreign earned income the US government has decided it wants dibs on our foreign financial accounts as well. And just like in the movies where the zombies always find their way in to wherever one’s safely ensconced, so the US tax authorities have found their way in – again – and their methods are plodding and relentless (because that’s how zombies are).

It began with the implementation of a new law called FBAR, or Foreign Bank Account Report, which requires that all Americans report their foreign financial accounts that exceeded $10 thousand in value at any time during a given year. This was a bold undertaking on the part of the US government. It sent a ripple around the globe and was quite unfavorably received. It was viewed as an affront to both individuals’ and sovereigns’ rights of self-determination. The zombies had commenced their first wave and it certainly got everyone’s attention – but it was only the first wave (because zombies always need more.)

The US government is operating under a fiscal house of cards that they must continue to prop up at all costs, lest the house collapse. The debt burden of the United States makes the monetary mess that is Greece and even Europe look minor in comparison and so the US government is going after every fiscal resource it can dig in to – to continue feeding its impossibly large debt.

The next wave of attack by the zombies was a law called FATCA, Foreign Account Tax Compliance Act. More than an accounting of foreign financial accounts, which FBAR requires, now the United States requires that we disclose all of our assets, whether physical entities like real estate, business interests, assets like gold, currencies – everything. If one has assets valued at over $50 thousand, then they must be reported. If one is not compliant, then the consequences/penalties can be debilitating – from $10 thousand to $50 thousand dollars – then up to half the value of the account – both shocking and astonishing to every observer around the globe. The enactment of such laws is unprecedented.

And the zombies, because they are never satisfied, continue to march forth – the Unites States government is mandating that all foreign financial entities register with and report to the United States every American who holds financial accounts with their institutions. The penalty for non-compliance is a withholding of monies from that financial entity on any transactions they conduct within the US – in other words – forced compliance by holding foreign assets hostage. This created more than a ripple. This stirred up both fear among American expatriates and outrage among foreign financial institutions – so much so that they began dumping American clients in droves and refusing new American clients.

For these foreign institutions to comply, even if they were so inclined, from a business standpoint was cost prohibitive – to the tune of hundreds of millions of dollars in additional administrative costs they’d have to bear, so their only choice was to opt out – and, sadly, show their American clients the door. The US government then realized this was going to be an disruptive to their goal. They’d garnered both ill-will among people and institutions and also foresaw the pending counter-wave – of fiscal flight of the foreign financial institutions from everything American. So the US did what zombies always do when confronted by obstacles – they found another way in.

The next wave has been revealed just recently in the form of a pronouncement in the New York Times. The headline proclaims, “5 European Nations Agree to Help US Crack Down on Tax Evasion” . The article goes on to describe how, faced with a probable and practical inability to enforce its new laws and foreign mandates, the United States has entered into agreements with the sovereigns of France, Germany, Italy, Spain and Britain (and with a groundswell of more nations to follow) to facilitate the sharing of personal, private data among governments.

When the zombies realized that their plan of forced compliance was a non-starter, they did an end-around and now, rather than foreign financial entities reporting directly to the United States, they will be required to report to their own governments (which solves the obstacle over sovereignty and personal/financial privacy). These governments in turn then will proceed to share this same data among themselves and thus, the zombies, once again, have found their way in.

The question that gives one pause and creates the greatest cause for concern is not one of tax compliance or tax evasion – or the hiding of assets. It’s not that at all because the vast majority of us are willing and do abide by the rules. After all, it’s one of the ways societies are able to sustain themselves as societies. The problem at hand is one of privacy and of personal freedom and individuals’ rights. As long as the State remains ever pervasive , ever probing and ever growing, then the end game is that the zombies will win. There will no place left to enjoy our privacy and our freedoms. We will all be doomed and we will all be ultimately consumed by the ever hungry, ever voracious zombies.