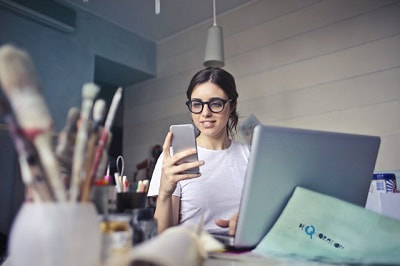 Nigel Green, founder and CEO of deVere says: “The launch of our challenger bank, deVere Vault, is the latest move to provide expat clients a comprehensive, global service.”

“deVere Vault, a low-cost, app-only e-money service, has been driven by demand from internationally-mobile individuals, globally-focused firms, and expats. They want to access, manage and use their money instantly and seamlessly wherever they are in the world”.

“For these people and firms, plus the broader key 18-45 year-old demographic worldwide, it is now normal to do everything on their mobile or tablet. Increasingly, this is also extending to their day-to-day financial requirements”.

deVere Vault lets you open an account in five minutes. You then receive a card that allows you to withdraw money from any cash machine in the world, and spend wherever Mastercard is accepted. The app also lets you make transfers in multiple currencies, and receive real-time notifications for all your transactions.

Many Americans living abroad have experienced banking problems over the last few years since the US government began cracking down on overseas tax evasion following the 2008 financial crisis. Laws such as FATCA (the 2010 Foreign Account Tax Compliance Act have led to many foreign banks and investment firms limiting or refusing financial services to American clients, to avoid the administrative burden involved having to report them to the IRS.

“I believe the days of traditional banking are numbered. This is due to the speed with which banking information can be accessed and transactions made via app-only services. Such money apps are growing in popularity due to this high level of convenience, increased security, and as people become ever-more tech-savvy.”
– Nigel Green, deVere CEO

Other foreign banks have asked their US clients for permission to share all their details, then restricted or closed accounts if they haven’t consented, which many are loathe to do as they consider the idea of their bank sharing their financial details an invasion of their privacy.

The deVere Vault app is the latest creative solution to this issue for expats following the launch of Monese in Europe last year, while ACA (American Citizens Abroad) also launched a more conventional banking service for expats at around the same time. deVere appears to have Digital Nomads in mind in particular, specifically mentioning 18-45 year olds.

All Americans who reside overseas are required to report their worldwide income to the IRS each year by continuing to file a US tax return, and they are also liable to pay US tax on it, though many reduce or eliminate their US tax liability by claiming one of more exclusions. They are still required to file a federal US tax return though.

Furthermore, Americans with at least $10,000 in foreign bank or investment accounts are required to report them to FinCEN by filing FincEN form 114, also known as an FBAR (Foreign Bank Account Report). Those who fail to file face disproportionately steep fines, and the US government knows who they are, due to foreign firms reporting them.

FATCA meanwhile also required Americans living abroad with assets worth over $200,000 (not counting property) to report them each year too.

Record numbers of Americans living abroad have actually fully renounced their US citizenship due to the filing burden and difficulty accessing financial services.

Thankfully for Americans expats who weren’t aware of the requirement to file US taxes and report their financial accounts, there’s an IRS amnesty program called the Streamlined Procedure that allows them to catch up without facing fines.

Filing US taxes as an expatriate can be complex, so if you have any questions or doubts regarding your situation we strongly recommend that you contact a US expat tax specialist for some advice.