Consequences For Not Filing US Income Taxes As An American Expat 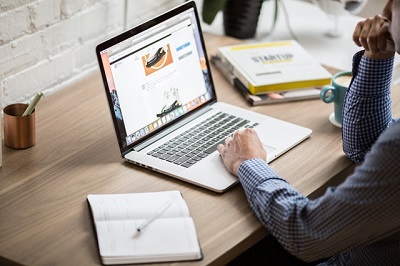 This article is recreated here, as featured, by our very good friends at Expat Arrivals

How does the IRS go about finding you – an American expatriate – when you have not filed your US income taxes and what are the potentially debilitating results?

Living abroad for most of us is the adventure of a lifetime. We are exposed to so many new experiences and our senses are constantly invigorated by events that are interesting, delightful and unexpected. For most, it is the stuff of dreams. For some unfortunate individuals, though, the dream turns dark quickly when, seemingly from out of nowhere, they find they are ‘out of compliance’ with the Internal Revenue Service back in the United States because they have not remained current with the legally required filing of their US income taxes … Why does the United States bother spending time and resources going after tax-delinquents? In short, because it’s worth it. Every year the US spends around $5 billion in enforcement activity, including discovery, auditing, collections and prosecutions that yields $55 billion in additional tax revenue. Clearly it is in their financial best interest to do so and it’s about to get a lot easier for the US government to find, assess and prosecute Americans living abroad who are behind on filing their US income taxes.

There are new laws, just enacted, that give the United States a crystal-clear picture of whom among Americans living abroad are not filing, what they’re worth and where they reside. The days of living ‘off the grid’ are waning and a new era of finely focused enforcement is upon us.

So just what happens when you are ‘discovered’ and are determined to be non-compliant by the IRS? How does one, as an individual, find out?

For most, it comes as a shock and a horrible surprise. You might be at the ATM in the foreign country where you reside to withdraw funds and discover, inexplicably, that your accounts have been frozen. Another possibility is that it could be an unexpected letter from your bank, saying that your account is locked and your assets have been seized by the IRS. It could also be a letter from the IRS itself notifying you that you have been assessed for X number of dollars (and the sum is usually large to get your attention) and that you need to file X years’ back taxes in order to become compliant. They’ll give you a number you can call and a case number and thus the seemingly endless nightmare begins.

For as much as technology has changed our lives and our ability to live so effortlessly abroad, so too the United States government has taken advantage of technology and, along with new and ever-expanding data sharing among countries, the question for those who are not current in the filing of their US income taxes is not if the US government will catch up with them – these days it’s becoming more and more a virtual certainty and the window of opportunity for becoming compliant is closing rapidly.

The best advice, as an American living abroad, is to file your US income taxes. It is imperative that you do so correctly and to do it on time. With the use of the Internet and advanced Web 2.0 cloud technology, filing one’s US income tax return today is surprisingly simple and reliable. There are online US expat tax preparation firms who specialize in taxes for Americans living abroad so finding help is actually quite easy.

With the time invested to stay current with the filing of one’s US income taxes, the dividends one gains in peace of mind – without constant worry and wonder about if or when one will be discovered by the IRS, is hard to put a price on – in actual fact, it’s invaluable.