Filing US Back Taxes Late from Abroad 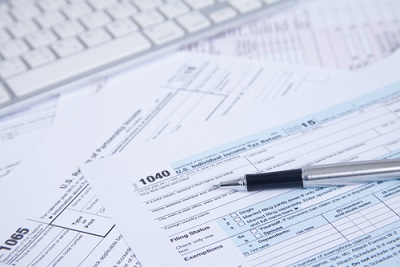 According to the IRS, round a million Americans are living abroad and not filing US taxes. (Would it help us to cite your source?)

The requirement for Americans living abroad having to file US taxes on their global income was introduced way back during the Civil War, however it’s only in the last few years that the IRS has developed the means by which to enforce the requirement globally.

This is possible due to information sharing agreements signed with foreign governments, and a US law called the Foreign Account Tax Compliance Act (FATCA), which compels foreign banks and investment firms to report their American account holders directly to the US government.

This means that the IRS is now able to identify and contact Americans abroad who may not be filing US taxes.

Unfortunately, international tax treaties don’t prevent expats from having to file, either.

The good news is that the majority of Americans who file from abroad don’t end up owing any US tax, as long as they file on a timely basis.

Filing US taxes from abroad

All American citizens have to file a US tax return, reporting their global income.

Income accrued in a foreign currency should be converted into US dollars when reported on Form 1040.

Americans filing from overseas receive an automatic filing extension until June 15, and they can request additional time until October 15 by filing Form 4868 should they need to.

When Americans file from abroad, they can claim credits and exclusions such as the Foreign Tax Credit and the Foreign Earned Income Exclusion to reduce their US tax bill (most often to zero).

“The IRS campaign against unreported income and undisclosed foreign accounts has morphed from a focus on Swiss banks and large accounts to a kind of everyman’s tax disclosure.” – Forbes

If any tax is due, it should still be paid by April 15 though. Which credits or exclusions are most beneficial depends on each expat’s personal circumstances.

Additionally, expats often have to report their non-US registered bank accounts, investments, and business interests. They may also have to file state taxes in the state where they last lived, depending on the rules in that state, the expat’s ties to the state, and whether they intend to return.

Consequences of not filing US taxes from abroad

With the IRS able to access expats’ foreign tax and financial details globally, it is also able to apply penalties.

Expats who don’t file a US tax return and claim US credits and exemptions are considered to owe US tax on their global income, regardless of whether they pay foreign taxes. This US tax bill can be hard to get out of if the IRS contacts the expat before they’ve caught up with their back tax filing voluntarily. If the IRS believes that an expat owes more than $50,000 in US back taxes, it can also block the issuance or renewal of one’s US passport.

Penalties for not reporting bank accounts and investments are particularly steep, starting at $10,000 a year for unintentionally not filing (or for partial filing).

As such, the most sensible course of action for Americans who haven’t been filing US taxes from abroad is to catch up voluntarily before the IRS writes to them.

Filing US back taxes from abroad

American who have missed filing just one or two years’ US tax returns from abroad can simply back file these years to catch up.

Americans who have missed three or more years filing from abroad can catch up without facing penalties under an IRS amnesty program called the Streamlined Procedure.

As part of this process, Americans can retroactively claim exclusions and credits that most often will reduce their US tax bill to zero.

The Streamlined Procedure also involves submitting a ‘non-willfulness’ statement to explain why the expat didn’t file previously, most often because they weren’t aware of or didn’t fully comprehend the rules.

To ensure that you avoid penalties and file to your most beneficial outcome, please seek advice from a US expat tax specialist at your earliest convenience.