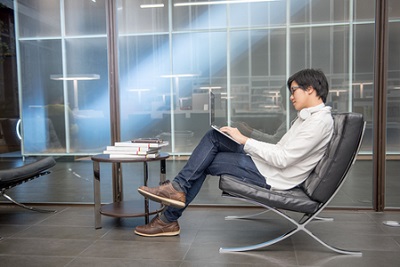 The IRS has released the final GILTI rules, two and a half years after the new tax on Americans with a foreign registered business was introduced as part of the 2017 Tax Cuts and Jobs Act.

Initially intended to target large multinationals like Apple that had established offshore subsidiaries so as to pay less US corporate tax, GILTI (which is an acronym for Global Intangible Low Tax Income) also affects approximately 150,000 ordinary American expats who have a small business registered abroad.

Unlike most countries, the US taxes based on citizenship rather than on residency. This means that all American citizens whose income exceeds the minimum thresholds are required to file US taxes every year, reporting their worldwide income.

While US tax treaties don’t exempt expats from this requirement, when they file expats can claim provisions such as the Foreign Tax Credit and the Foreign Earned Income Exclusion to reduce their US tax bill (often to zero) – so long as they file and claim them in a timely manner.

This caused many foreign business owners to set up a new US parent company to reduce their tax bill. Under the newly announced final rules, this is no longer necessary.

The final rules provide some relief to what in its original form would have been a very high tax rate on corporate profits for many US expat small business owners.

The final rules allow expats with a small business who pay foreign corporate tax at a rate of at least 13.125% to claim foreign tax credits, and so avoid paying GILTI.

The deductions and foreign tax credits aren’t applied automatically. To get them, expats have to make what’s called a Form 962 election. Previously, this was only available to foreign registered companies which were subsidiaries of a US parent company.

Lastly, the new rules can be applied retroactively going back to 2018, so affected expats can file amended returns to claim a refund.

Monte Silver, the leading US expat tax attorney and campaigner who is suing the IRS to try to get a GILTI exemption for small business, said about the new rules: “The regs provide us small business owners with meaningful, permanent relief”.

Filing US taxes from abroad is complicated, and along with all expats, expats with a business registered abroad should always seek specialist advice to ensure that they remain compliant while minimizing their US tax bill.