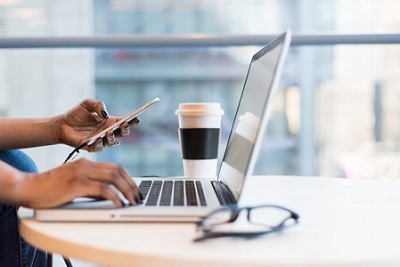 The US taxes all US citizens and green card holders on their worldwide income, regardless whether they live in the US or abroad.

The tax treaties that the US has signed with around 100 other countries don’t prevent American expats from having to file US taxes.

Instead, to prevent expats paying US taxes on income that they’ve earned abroad, the IRS has made available several exemptions that expats can claim when they file. One of the main exemptions is called the Foreign Tax Credit

The Foreign Tax Credit allows expats who are already paying foreign taxes on their income in the country where they live to claim US tax credits to the same value as the foreign taxes that they’ve paid.

To claim the Foreign Tax Credit, expats must file IRS form 1116 when they file their federal tax return, providing proof of the foreign taxes they’ve paid.

The IRS doesn’t specify a currency conversion source for expats to use when they convert the value of the foreign taxes that they’ve paid into US dollars, just that they use a reputable source and are consistent in the source that they choose to use.

The Foreign Tax Credit isn’t always the most beneficial exemption for all expats though – some may be better of claiming the Foreign Earned Income Exclusion.

The Foreign Tax Credit vs the Foreign Earned Income Exclusion

The Foreign Earned Income Exclusion lets expats exclude the first around $100,000 of their earned income from US taxation.

To claim the Foreign Earned Income Exclusion, expats must file IRS form 2555, which also requires them to prove that they live abroad in line with IRS rules.


“The foreign tax credit intends to reduce the double tax burden that would otherwise arise when foreign source income is taxed by both the United States and the foreign country from which the income is derived.” – the IRS

The Foreign Earned Income Exclusion can only be applied to earned income though, not passive income from pensions, rents and dividends for example. However it doesn’t matter where the income is earned, so expats who receive a salary or other compensation for services rendered from the US can exempt it from US taxation (up to the threshold).

The Foreign Tax Credit on the other hand can only be applied to income that was sourced abroad, regardless of whether the income was earned or unearned, so long as foreign income taxes have been paid on it.

Expats can in fact claim both, if they apply them to the different income.

On IRS form 1116, in part III line 10, expats can specify the amount of tax credits that they want to carry over. They should also attach a computation of the amount carried over to their tax return.

Foreign Tax Credits can be applied back one year (for which an amended return should be filed), or they can be carried over up to 10 years into the future.

Expats who claim the Foreign Tax Credit Carryover and who have children with US social security numbers can also claim the new Child Tax Credit, which will give them a refundable payment even if they don’t owe any US taxes.

Expats that need to file back taxes

Expats who are behind with their US tax filing because they weren’t aware of the rules can catch up under an IRS amnesty program that also lets them claim the Foreign Earned Income Exclusion or the Foreign Tax Credit (including the carryover), so long as they do so voluntarily before the IRS writes to them (and the IRS is receiving both foreign tax information from foreign governments, and contact and balance information from foreign banks).

The amnesty program is called the Streamlined Procedure, and it requires that expats file their last three tax returns and their last six FBARs (required for some expats with foreign bank and investment accounts), and that they self certify that their previous non-compliance wasn’t willful evasion.