IRS Insights: How Does the IRS Decide Which Expat Tax Returns to Audit? 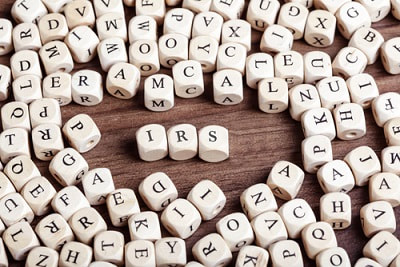 Our new Bright!Tax IRS Insights series allows you to look deep into the workings of the IRS machine. Today we’ll be looking at how the IRS decides which Americans living abroad to audit.

The IRS aims to ensure that all revenue due is collected, and the fuel that enables it to do this is big-data. It can access a vast amount of information, and each year both the quantity of data and the ways in which it is mined advance dramatically.

The IRS has around 90,000 employees, but with budget cuts ongoing, investment is focused on increasing data collection and improving the way data is mined and collated so as to accurately flag possible fraud and evasion.

For example, the IRS currently has access to the income tax data of most developed nations in the world through EOI (exchange of information) agreements buried in tax treaties that primarily exist to prevent double taxation between different nations. So if you’re living and paying taxes in the UK or Canada for example, the IRS can request information regarding how much income you are declaring and how much tax you are paying in your country of residence to check that it corresponds with what you are declaring on your US form 1040. Other data the IRS can access includes international travel schedules, and international credit card use.

The department in the IRS that decides whom to audit has the rather Orwellian name of Planning and Special Projects (PSP). Within PSP there are groups with different focuses, including several groups looking into US expats.

With around ten people in each group, it is estimated there are around fifty people working full time identifying which Americans living abroad to audit.

You are probably thinking that given there are around nine million Americans living abroad, you should be pretty safe. Think again. The first step in identifying possible evasion is typically made by computers rather than by people, which are programmed to identify anomalies between different data sets before recommending certain returns, companies, and individuals for the PSP staff to look into in greater depth.

At this stage, the PSP staff dig into the details to see whether there might be possible grounds for an audit. They consider how much money might be retrieved, along with the motivations for possible evasion, wilful being worse than non-wilful. Alongside higher earners, certain other groups are also more likely to be targeted, including people who work in or over international waters, which do not count as filing-abroad for tax purposes, such as people who work on ships and oil rigs, for airlines, and scientists. The IRS audit priorities identify:

For the majority of US expats, the first and last categories are those worth being aware of. In the wake of the newly leaked Panama Papers, corporate schemes will in all likelihood also now become a political priority as well.

PSP staff then have several options: do nothing, send out a ‘soft-touch letter’ suggesting someone check their return for inaccuracies then re-submit it, trigger a civil audit, or refer possible fraud or ultra-high value cases to the IRS’s team of CI (criminal investigation) agents, who will decide whether to pursue a criminal prosecution.

While the human factor will always be necessary in deciding whom to audit (and particularly while there are still paper returns), the real keys to finding evaders and generating revenue are having high quality data, and successfully programming computers to identify cases worth auditing. This process is perpetually being honed. Information from FATCA for example, which requires foreign banks to report their US citizens’ account details, is now being fed into the system. This information started being collected in early 2014, so that the first full year of data will be for 2015, so as an expat it’s important to file your current return accurately to avoid a possible audit trigger if the info declared on your return (or FBAR) doesn’t match that provided to the IRS by your foreign bank.