Living Abroad? Your ‘Tax Home’ Could Still Be In the U.S. 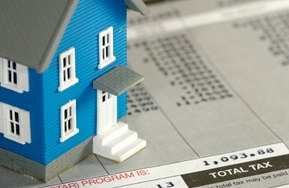 If you live and work abroad you probably know about the Foreign Earned Income Exclusion that can allow you to collect tax-free money. If you qualify, the foreign earned income exclusion can make up for some of them. But some people think they qualify and then do not.

In James F. Daly and Candace H. Daly, the Tax Court ruled that a couple did not qualify even though the husband worked primarily in Iraq and Afghanistan. His tax home was still in the U.S., said the court. The foreign earned income exclusion is a great benefit, currently allowing up to $97,600 tax-free. Daly’s case concerned 2007 ($85,700) and 2008 ($87,600).

One must be either:

In some cases waivers of these strict rules are possible. However, you don’t have a tax home in a foreign country if your abode is within the U.S.

James F. Daly was employed by L3 Communications during 2007 and 2008. L3 was based in Salt Lake City, Utah. L3 contracted with the Department of Defense (DOD).

The U.S. Air Force transported Daly and did not permit him to leave the base. The U.S. military did not permit his family to live with him. Daly worked 12-hour shifts seven days a week. Daly also worked in Utah. While there, L3 required him to travel to California, Nevada, and Germany.

For 2007, Daly excluded $24,888 in wages, claiming the foreign earned income exclusion. He listed Utah as the couple’s tax home and asked for a waiver of the 330 day requirement. He noted that the foreign earned income exclusion limit for that year was $85,700, about $235 per day. He multiplied the daily figure by 106 to arrive at his excludable amount of $24,888. For 2008, they excluded $22,259 in wages based on a similar calculation.

IRS disallowed both exclusions so the Dalys went to Tax Court. The main issue was their tax home. They had strong ties in Utah. In contrast, Daly’s ties to Iraq and Afghanistan were severely limited and transitory.

The couple argued that even if Daly’s wife had been allowed to join Daly in Iraq or Afghanistan, she nevertheless would have been unable to go because of her separate career. They also contended that Daly maintained a residence in Utah because of his wife’s business. The Tax Court said that, even if all of this were true, they would not outweigh Daly’s limited ties to Iraq and Afghanistan.

Their tax home was in the U.S. so the Dalys were not eligible for the foreign earned income exclusion. The case illustrates a common problem. The rules are technical and unforgiving.