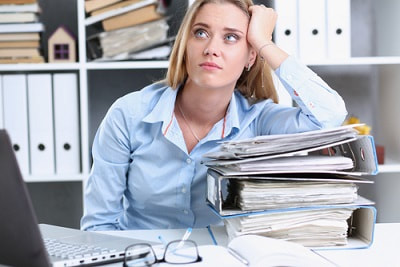 Nina E. Olson, the IRS’s National Taxpayer Advocate, has slammed her employer in her latest report to congress for failing to adequately compensate American taxpayers living abroad for the closure of overseas tax assistance offices at a time when expat tax requirements are getting more burdensome and complex by the year. She also says that the IRS “does not sufficiently address the unique needs of international taxpayers”.

Despite an increase in the amount of taxpayers obliged to file tax returns from outside the US over the last few years, the IRS has significantly cut back on its overseas taxpayer service presence to cut costs. The result, the Ms Olson says in her report, is that taxpayers who used to be able to obtain help from overseas offices “now must either call an overwhelmed, tolled IRS telephone number in the United States or obtain information from the irs.gov website”.

“The only free option for taxpayers to ask a specific question and receive a response from an IRS employee was the Electronic Tax Law Assistance Program (ETLA), which [allowed the IRS to learn directly from taxpayers what problems and questions they had, and how it needed to update its webpages and publications to provide the necessary information, and which] the IRS terminated in October 2015.

“In conjunction with terminating ETLA though, the IRS also discontinued R-mail, a system that allowed customer service representatives to refer taxpayer questions to employees with specific expertise.

“By eliminating ETLA and R-mail, the IRS has shut itself off from [overseas] taxpayers, with no way of knowing, unless the taxpayer makes a mistake or the IRS selects his or her return for audit, whether it is providing the service taxpayers need.”

Her report also states that she, “has repeatedly written [in past annual reports] about the unique needs of international taxpayers, which the IRS has been slow to address”.

Citizenship renunciations have been soaring in response to the expat tax crackdown, despite the cost of renunciations being significantly raised to deter them.

Ms Olson also made a number of recommendations, including that the IRS should “reopen the four international tax attaché offices [that it recently closed], and provide funding for TAS to establish one LTA [local taxpayer advocate] position at each” of them; conduct impact studies to determine the effects on taxpayer service, compliance, and revenue that would be achieved by the opening of additional tax attaché offices around the world; re-establish the ETLA (or a similar programme); and reinstate a body known as the International Individual Taxpayer Assistance team, which it originally set up in 2012, when the problems being faced by American expat taxpayers were beginning to make headlines.

Ms Olson has consistently provided a strong voice for expats over the last few years. In January 2015, she recommended to congress a raft of changes to the IRS’s attitude and treatment of expats, including reduced, more reasonable penalties and a lifting of the FBAR minimum reporting threshold from $10,000 to $50,000 to bring it in line with the FATCA threshold. She also suggested that if an American’s bank account is in the same country that they are resident, it shouldn’t be considered a ‘foreign’ account.

The report comes as an estimated up to 10 million Americans living outside of the US continue to struggle with the American system of taxing on the basis of citizenship rather than residency. Although this system of taxation isn’t new, the US has been enforcing it more forcefully for the last few years, initially by requiring expats to file foreign bank account reports and then to meet the new rules contained in the 2010 law known as the Foreign Account Tax Compliance Act (FATCA).

Unfortunately though, her very reasonable suggestions have so far gone largely unheeded by both the IRS and congress, leaving Americans living abroad just as vulnerable to aggressive IRS targeting as previously.