Tax Reform 2.0 Announced – How Will it Affect Expats? 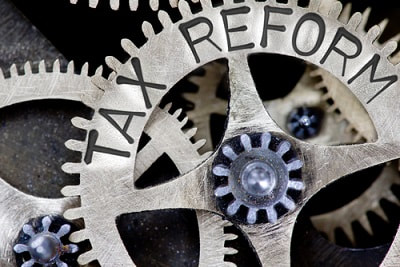 American expats are required to file US taxes, reporting their worldwide income, despite living abroad. It’s a strange requirement, as it means expats often have to file two tax returns, one to the IRS and another in the country where they live. Thankfully, the IRS has made available a number of exemptions that expats can claim when they file, such as the Foreign Tax Credit and the Foreign Earned Income Exclusion, that let the majority of expats avoid paying taxes on the same income twice.

Which exclusions are the most beneficial to claim depends on each expats’ particular circumstances.

As expats are subject to US tax filing, they are also affected by changes in the US tax code. Some changes in the recent Tax Reform affected expats more than others, and a summary of these is below. Last week though, House Republicans introduced follow-up legislation known as Tax Reform 2.0. How will Tax Reform 2.0 affect expats though?

The headline changes in the first Tax Reform were the reductions in corporation tax and personal income tax rates. While expats who file and claim the most beneficial exemptions for their circumstances don’t normally pay any US income tax, lower US tax rates may still benefit them if they are claiming the Foreign Tax Credit, as lower US tax rates will leave them with more excess US tax credits that they can put aside for future use.

Expats with a foreign-registered business have been more directly affected by the Tax Reform though, as the so-called ‘Apple Tax’, introduced to make large firms repatriate their offshore profits, also affects every foreign-registered small business majority owned by Americans.

Specifically, past corporate profits held offshore are now subject to a one-off repatriation tax, and profits will also be taxed in a different way going forward.

“The legislation would make the recently reduced tax rates for individuals permanent and would expand tax-advantaged savings accounts, including for retirement and education.” – CNBC

Expats with a foreign registered business should consult with an expat tax specialist at their earliest opportunity to ensure that they remain tax efficient and compliant going forward.

– The Family Savings Act – this aims to help Americans save more, eliminating the contribution age limit for IRA accounts, and introducing a Universal Savings Account with tax-free earnings.

– The American Innovation Act – this will allow start-ups to deduct up to $20,000 of their start up expenses.

It’s by no means certain. While votes on the three bills are due to take place in Congress within a month, it’s likely that the bills will then stall in the Senate until after the mid-terms, after which there could be a new make up to the house.

Furthermore, the bill is forecast to have a $627 billion cost to the economy over the next decade. While presumably the hope and intention is that the tax cuts in the bills stimulate the economy and so more than compensate for this, the headline cost could prove a sticking point in getting the bills into law.

The IRS has made an amnesty program called the Streamlined Procedure available for expats who weren’t aware that they are required to file US taxes from abroad. We strongly recommend that expats who need to catch up with their US tax filing contact an expat taxes specialist at their earliest opportunity.