Top 5 Reasons in 2018 Why American Expats Should Get Compliant With Their US Tax Filing Now! 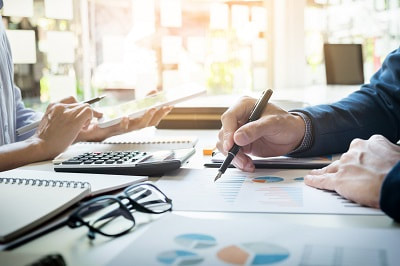 American expats are required to files US taxes, reporting their worldwide income. Many assume though that once you don’t live in the US (or have any income there), you don’t have to file a federal tax return any more. This can prove a costly assumption!

While the US has tax treaties with a around 100 other countries, unfortunately these don’t prevent expats from having to file US taxes either…

… (although a separate set of treaties called Totalization Agreements prevent expats having to pay both US and foreign social security contributions).

Expats who don’t file, even if they aren’t aware of the requirement to, can find themselves in all sorts of trouble. Since FATCA (the 2010 Foreign Account Tax Compliance Act), the IRS is receiving American expats’ bank account information (including balance and contact details) from most (currently around 300,000) foreign banks and investment firms, which combined with tax information from foreign governments means they know who should be filing, and often how much tax they owe, too. When they calculate that back taxes, penalties and interest owed reach a total of $50,000, they have the right to revoke an expats’ US passport.

Thanks to an IRS amnesty program called the Streamlined Procedure, expats who are behind with their US tax filing can catch up without facing any penalties (so long as they do it before the IRS contacts them).

To catch up using the Streamlined Procedure, expats must file their last 3 tax returns, their last 6 FBARs (applicable for expats who have over $10,000 in foreign bank and investment accounts at any time during a tax year), and self-certify that their previous non-compliance was non-willful.

Expats who are just one or two years behind with their filing meanwhile can simply back file their late returns and FBARs.

“For expats who qualify, the IRS Streamlined Program is a simple and inexpensive way to correct past problems.” – Forbes

Expats may also have state tax filing obligations, depending on the rules in the state where they last lived.

Furthermore, so long as expats catch up before the IRS writes to them, they can claim one or more of the exemptions available to expats that allow them to pay less (in fact most often no) US tax.

The most common of these are the Foreign Tax Credit, for expats who are paying foreign taxes abroad, and the Foreign Earned Income Exclusion.

These exemptions can be claimed by filing the relevant forms when expats file.

The peace of mind that comes from knowing that you are compliant and risk-free shouldn’t be underestimated. Seeing as there are most often no taxes to pay anyway, once expats have claimed one or more of the available exemptions, there’s really very little reason not to file. The important point though is to catch up and become compliant as soon as possible though, before the IRS gets in touch (at which point exemptions often can’t be back-claimed, meaning a retroactive tax bill).

4 – Keep your US passport

While $50,000 in back taxes, penalties and interest may seem like a lot, it really isn’t. Consider a single person earning $60,000 for the last 3 years, who would owe around $8,000 of income tax for each of these years, so around $24,000. However, if they also should have filed FBARs in these years, the minimum penalty is $10,000 per year, so their total debt has already exceeded $50,000 putting their US citizenship is at risk.

If they file now however, there would be no tax or penalties to pay and no risk of losing their US passport.

5 – Get excess tax credits or a refund

Furthermore, in some circumstances it’s possible not just to owe no tax, but to bank tax credits for the future, or even claim a cash refund.

For example, expats who pay foreign taxes can claim the Foreign Tax Credit, giving them a $1 tax credit for every dollars equivalent that they’ve paid abroad. Those expats who pay more income tax abroad than they owe Uncle Sam can therefore claim more US tax credits than they need, and the excess credits can be carried forward to use in the future.

Furthermore, expats who claim the Foreign Tax Credit and have children can also claim the Additional Child Tax Credit, which will give them a $1,000 US tax ‘refund’ per child.

US taxes for expats are often more complex than filing from the States, and we strongly recommend that expats with any questions or doubts regarding filing to their optimum benefit get in touch with an expat tax specialist at their earliest convenience.