Trump Tax Reform – What is GILTI and How Does It Affect Expats Taxes? 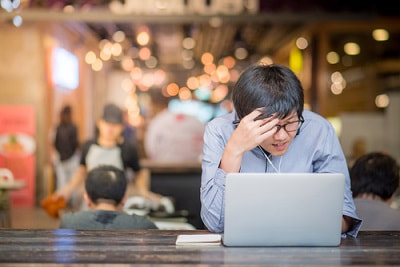 US expats are unfortunate in that they have to file US taxes on their worldwide income, often besides filing taxes in the country where they live.

There are ways to avoid double taxation, such as by claiming IRS exemptions like the Foreign Tax Credit and the Foreign Earned Income Exclusion, or by choosing to live in a low or no tax country, however all US citizens are still required to report their worldwide income to Uncle Sam..

by filing a federal tax return each year, even if they won’t owe any US tax.

The way it was

Before the Tax Reform, expats could defer US tax owed on the corporate profits of their foreign corporation. These deferred profits were known as ‘retained earnings’, and so long as they were reinvested or just left in the foreign business, no US tax was payable on them until they were paid out in the form of a dividend. This led many expats with a small business, including those self-employed or working as a freelancer abroad, to establish a limited liability company in a country that only taxed revenues earned in that country. In this way, they could legally avoid (or more accurately defer) paying any tax on their profits.

GILTI is a new category of income introduced in the recent Tax Reform.

GILTI is an acronym for Global Intangible Low Taxed Income. Americans who control at least 10% of a Controlled Foreign Corporation (a foreign corporation that is at least 50% owned overall by US citizens) are affected. GILTI is calculated as a Controlled Foreign Corporation’s income, minus legitimately deductible business expenses (and any foreign taxes paid on the income), and minus 10% of the value of the corporation’s depreciable fixed assets (known as QBAI – Qualified Business Asset Investment).

“The new law creates a new category of foreign income called Global Intangible Low Taxed Income (GILTI), which is applicable to U.S. shareholders that own 10% or more of a foreign corporation.” – Forbes

This GILTI total is then considered income of the US shareholders and taxed accordingly.

Clearly this has significant ramifications for US expat owners (and part owners) of foreign businesses, especially corporations that were set up for the purpose of legitimately reducing US tax liability, as these measures will now no longer achieve this aim, and large tax bills will follow if no steps are now taken to avoid this.

What steps can US expats take to mitigate the affects of GILTI?

Regarding the mandatory repatriation tax, there is unfortunately no way around it.

Expats due to be affected by GILTI meanwhile have several options:

– Do nothing. This is not a very good option for most expats who own or part own a foreign corporation, as corporate profits will be treated as their personal income starting from January 1st 2018.

– Renounce their US citizenship. So long as their US tax filing is up to date and complete, expats who have settled abroad permanently and are also citizens of another country may consider renouncing their US citizenship, and which they will no longer be liable to pay US taxes. It is a big step though, and not inexpensive (currently $2,350), so expats will have to weigh up the pros and cons carefully before going down this road, however for some expats it may be the best path forward.

– Consider transferring ownership to a trusted foreigner such as a spouse who isn’t a US taxpayer. Once the foreign corporation isn’t at least 50% owned by US persons, no US taxes are due on its profits.

– Another possibility is to establish a US corporation and assign the foreign corporation as a subsidiary of the new US corporation, as income earned by foreign subsidiaries is taxed at a corporate rate but with a 50% discount, so at 10.5%. This is a much lower rate than most personal income tax rates (depending on the taxpayer’s circumstances of course).

The best course of action will inevitably depend on the specifics of each expat’s circumstances, so we strongly recommend that expats affected by GILTI consult an expat tax specialist at their earliest convenience.

Expats who are behind with their US tax and FBAR filing can catch up using the Streamlined Procedure amnesty program without facing any penalties. To do so, they must file their last 3 years’ federal tax returns and last 6 FBARs (if applicable), and self-certify that their previous failure to file wasn’t willful evasion.