What US Expats can Learn From the Paul Manafort Indictment 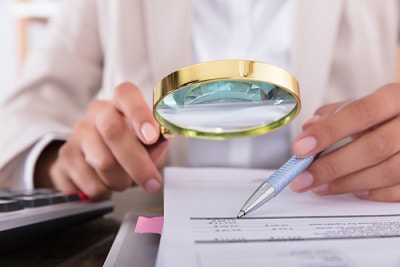 President Trump’s former campaign manager Paul Manafort, along with his associate Richard Gates, were indicted this week, with a long list of criminal charges filed against them. The charges include engaging in conspiracies against the United States and to launder money, making false statements, acting as an unregistered foreign agent, and failing to report foreign bank and financial accounts.

While the charges are as yet unproven (pending trial), the fundamental basis of the accusations is financial, rather than political. Manafort and Gates are not in fact Russian agents. Instead, they are alleged to have received large payments while acting for the Ukrainian government, and hidden these payments from the IRS in various nefarious ways by channeling them through multiple unreported foreign accounts. They also lied when questioned.

The indictment is probably the most high profile example to date of the IRS’ ability to enforce US tax rules globally. As US expats still have to file US taxes from abroad, declaring their worldwide income, there are some important lessons that all US expats can take from the Paul Manafort indictment.

File your US taxes

Since FATCA (the 2010 Foreign Account Tax Compliance Act), nearly 300,000 foreign banks and other financial firms are now providing Uncle Sam with their American account holder’s account details. This means that the IRS knows how much money expats have, and where.

Previously the IRS couldn’t enforce the requirement for Americans who live abroad to file US taxes, declaring their worldwide income, but now they can it’s no longer worth putting off filing.

Thanks to a set of exclusions available for US expats, such as the Foreign Tax Credit and the Foreign Earned Income Exclusion, most American expats won’t have to pay any US taxes, however they still have to file to claim them.

“Even so, there’s a lot in it [the indictment] from which regular taxpayers can learn about how to handle their own taxes and the IRS.” – Forbes

Report your foreign accounts and assets

The requirement for Americans to report their foreign bank and investment accounts if the total, combined balance of all their foreign accounts is over $10,000 at any time during a tax year, is a filing obligation millions expats have in common with Manafort!

Any account that an expat has signatory authority or any kind of control over or interest in (even if it’s not in the expat’s name) qualifies.

Expats with qualifying accounts should report all their foreign accounts by filing an FBAR online. Bear in mind that penalties for not filing foreign accounts are steep (even when if the expat hasn’t intentionally avoiding filing), and that foreign banks and other financial firms are reporting the same information directly to the IRS.

FATCA also requires expats with foreign financial assets with a total value of at least $200,000 at any time during the year to report them on form 8938 when they file their US return.

Be honest and transparent

While penalties for not filing US tax returns and FBARs are in all cases steep, they’re substantially steeper if the IRS thinks that the failure to file was willful evasion, such as in the case of Manafort and Gates.

As such, it’s important for all expats to be open, honest, transparent and willing in all their dealings with the US tax system to avoid negative possible future repercussions.

Expats who are behind with their US tax filing are well advised to make use of an IRS amnesty program to catch up before the IRS catches up with them!

The most common amnesty program for expats who are behind because they weren’t aware of their requirement to file (ie they haven’t been willfully avoiding filing, as Manafort has been accused of) is called the Streamlined Procedure.

The Streamlined Procedure allows expats to catch up without facing penalties (and while claiming the exemptions that mean most won’t owe any US taxes) by filing their last 3 tax returns and last 5 FBARs, while self-certifying that their previous failure to file wasn’t willful avoidance.