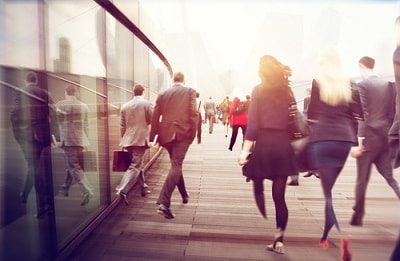 America is unique among advanced economies in having a taxation system based on citizenship rather than on residence. This means that all US citizens (and green holders) have to file a US tax return and pay US taxes on their worldwide income wherever in the world they live.

To many people this seems counter-intuitive, unfair even, but like it or not, these are the rules.

As such, American expatriates still have to file a US tax return and pay taxes on both US and foreign sourced income, regardless of any tax treaties that may exist between the US and the country where they live, or whether they pay taxes to a foreign government too.

Thankfully, the IRS has several exemptions and exclusions in place to prevent double taxation, but, contrary to popular belief, these have to be actively claimed when expats file their US tax return. Which is to say that even if you don’t owe any US taxes, having claimed one or more of the available exclusions, you are still required to continue filing a US tax return each year.

American expatriates may also have extra filing requirements if they have signatory authority or control over foreign bank or investment accounts, or if they have foreign assets worth over $200,000.

FATCA and IRS and FinCEN penalties

Of the estimated 9 millions Americans living abroad, just over 1 million filed a US tax return last year. While the US has taxed based on citizenship since the nineteenth century, until recently it had no way of knowing which expats should be in fact be filing.

“Unfortunately, the idea that [as a US expat] you’re no longer in thrall to Uncle Sam is a myth—and only one of several misconceptions people have about the taxation of U.S. expatriates.” – Time Money

This in turn means that the IRS knows a lot about American expatriates’ finances, what bank and investment accounts they have, how much they have in them, and where they live. Furthermore, the US has tax information exchange agreements with most foreign governments, so by looking at an expat’s bank balance and perhaps their foreign tax return, the IRS now knows exactly who should be filing a US tax return.

Newly armed with this information, the IRS appears to be pursuing high value expats first, however it’s hard to believe it will be too long before they start sending a letter to expats who should be filing the world over, asking them to explain why they haven’t filed and to pay the back taxes they owe. Once the IRS contacts you, you may no longer be able to claim the exemptions that reduce your US tax liability to prevent double taxation, so you could find yourself with a hefty bill.

Penalties for not filing, and in particular for not reporting foreign bank and investment accounts (by filing an FBAR) are steep, and the IRS even has the ability to revoke US passports if they believe an expat owes more $50,000, including back taxes, penalties, and interest, however all this can be avoided if expatriates with unfiled tax returns consider catching up using the Streamlined Procedure.

The IRS Streamlined Procedure offers American expatriates with unfiled tax returns the opportunity to catch up without facing any fines or penalties.

To catch up with your filing using the Streamlined Procedure, you simply have to file your last 3 US tax returns, your last 6 FBARs (if appropriate), pay any back taxes due (in many cases none if one or more exemptions are claimed), and self-certify that your previous failure to file was non-willful, which is to say that you weren’t deliberately avoiding filing or paying US taxes.