Will the Government Shutdown Affect Expats Filing US Taxes from Abroad? 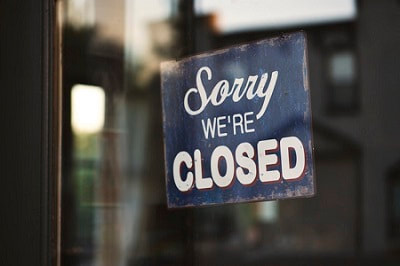 While government shutdowns aren’t too much of a novelty any more, at over a month the current one has gone on for longer than any other previously (the previous record being 21 days in 1995/96). Since the 2018 midterms, when the Democrats took control of Congress, there was always …

… the potential for disagreement, but the particular issue that is causing the current problem is the President’s demand for funding to build a border wall with Mexico.

The shutdown has caused nine executive departments with over 800,000 employees to partially or fully shut. How has the shutdown affected IRS tax filing for US expats though?

All Americans, including expats, are required to file a US tax return every year, reporting their worldwide income.

To avoid double taxation, when expats file they should claim one or more of the exemptions that the IRS has made available for this purpose, such as the Foreign Earned Income Exclusion on form 2555, or the Foreign Tax Credit on form 1116. Which exemption it’s best to claim depends on each expat’s circumstances (for example which country they live in, their tax and residency status there, and their income levels and types).

Having claimed one or more of the available exemptions, most expats don’t end up paying any US taxes, but they do have to file and claim to achieve this.

Expats also have additional filing requirements such as reporting their foreign bank and investment accounts by filing a Foreign Bank Account Report (FBAR).

As many expats have to file foreign taxes before filing their US return to claim the Foreign Tax Credit, the IRS allows expats more time to file, until June 15th, and with a further extension available until October 15th upon request.

Given these extended deadlines, it’s highly likely that the 2019 government shutdown will have been long resolved by the time expats have to file, however the shutdown may impact expats filing in 2019 in other ways.


“Due to the lapse in appropriations, most IRS operations are closed during the shutdown. An IRS-wide furlough began on December 22, 2018, that affects many operations.” – the IRS

Is the IRS open?

The IRS has a contingency plan for extended government shutdowns that is now active.

Under the plan, only 12% of IRS staff are currently working.

The IRS is due to start accepting 2018 tax returns on January 28th this year, and it has reiterated that this is still the case despite the shutdown, although filers who paper file rather than e-file may experience a delay if they are due a refund.

The IRS has stated that all refunds are still going ahead despite the shutdown, although delays may be experienced.

Another issue due to the shutdown that is affecting expats is that there is currently no live telephone customer service available, and, if it becomes available, waiting times will be much longer than usual (and they can be pretty long at the best of times).

Walk in taxpayer assistance centers (TACs) are also closed, and furthermore the IRS is not responding to postal inquiries either (and expect long delays once they are again, due to the backlog.) Audit related appointments are still going ahead despite the 2019 shutdown however.

So in general expats who require advice directly from the IRS may find it difficult to obtain until the shutdown is resolved.

We recommend that expats with general questions about their US tax situation contact an expat taxes specialist instead, as the IRS can’t give advice regarding the most beneficial way to file tailored to individual circumstances anyway.

Expats who have missed one or more previous years’ US filing can still catch up without facing penalties so long as the IRS hasn’t yet contacted them about it.