Year 2014 | Last Best Chance To File Your US Expat Taxes 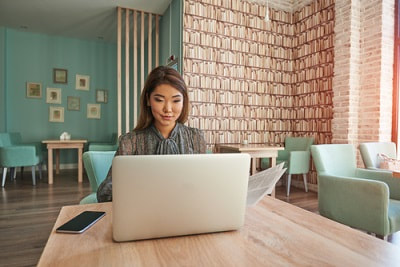 Find The IRS Before They Find You. This is the last US tax filing season for American expats to become current with the IRS before new laws come into play that will reveal your identity, location and foreign accounts to the US government.

Now is the last best chance for Americans living abroad to become current with your US tax filing.

With new US FATCA laws (Foreign Account Tax Compliance Act) coming online, your local foreign bank will now be required to disclose your personal details to the US government. As if this was not enough, in addition, the foreign government under which Americans reside overseas will be doing the same thing – collecting what was once private financial data from their country’s banks to be handed over to the US government so that the IRS can locate you and your assets. These FATCA reporting laws and accompanying enforcement take effect in June, 2014.

With the unfolding of these new mandates, there are only two possible paths that remain for US expats – either to file your US taxes and accompanying forms that disclose your foreign assets to become current with the IRS or the United States will do it for you. How does the US this? The IRS will complete an assessment of what they believe you should owe (and their assessments are typically astronomically high) and present you with the bill. Whether you choose to file of your own volition or wait to hear from the IRS, the difference in outcomes can be staggering.

Alongside the enactment of and enforcement of their new FATCA laws, the IRS has set about creating a fair way for Americans who are not tax compliant to come quietly through the side-door all the way back into the fold. They’re giving you one last chance to find them before they find you -and as of June, 2014 it is a foregone conclusion. You will be found.

As an overture to American expats, IRS Commissioner Doug Shulman, himself, has declared that, “We are announcing a series of common-sense steps to help U.S. citizens abroad get current with their tax obligations … The IRS is aware that some US taxpayers living abroad have failed to timely file U.S. federal income tax returns or Reports of Foreign Bank and Financial Accounts (FBARs). Some of these taxpayers have recently become aware of their filing obligations and now seek to come into compliance with the law.”

The IRS’s statement by Commissioner Shulman acknowledges that those Americans who were non-compliant because they were simply not aware of their US tax obligations, and who owe little or no back taxes, will not be subjected to undue scrutiny or ruinous FBAR (Foreign Bank Account Reporting) penalties.

Under Commissioner Shulman, the IRS has declared filing three years back taxes is adequate for most US expat tax filers who are delinquent and there shall be no penalties for late FBARs from those who were unaware of the requirement to file.

FATCA & The IRS – It Comes To Those Who Wait

Becoming current with your US tax filings almost always benefits the individual, whereas conversely, a person who is discovered by the IRS first is always in a worse financial position. First, one must deal with the initial assessment that one has been presented with. Then, there is the matter of filing all of the back returns that the IRS wants you to file – as far back as ten years. The opportunity to claim the Foreign Earned Income Exclusion (which typically makes the first $95 thousand you earn tax free) may be forfeited. There are fines, penalties, fees and interest that will have accrued over a span of years. It can quickly add up to sums that are incomprehensible. Liens on personal assets, seizing of accounts and garnishment of wages are all punitive measures the IRS can and will bring to bear.

Another important consideration is the amount of time and emotional energy one must spend to bring your affairs before the IRS into compliance. It can take years. Beyond all of that is the possibility that one can have their passport revoked or its renewal denied. That puts one in a nearly impossible position – and one that is not easily rectified until one’s taxes are addressed. Further elements that can come into play that could derail your life as usual is inheritance you may receive, eligibility for social security, or the unwinding of fiscal matters in a divorce. There is no statute of limitations either. In the States, the statute is 10 years. As soon as you leave the States, though, the clock stops and patiently awaits your return.

Easy Does It – And You Can Too

As daunting as the prospect of filing your US taxes seems – of coming forward and engaging a CPA to help and rifling through all the requisite documents and records that would be required to file, the opposite scenario is far, far worse. In actual fact, the process is much simpler than most expats believe. Once you’ve gotten started the whole endeavor can be easily completed within a few weeks. Now that there’s a clear, safe path forward proscribed by the IRS itself, it only seems obvious that the appropriate solution is to get it taken care of – then enjoy the peace of mind that comes from having ‘sated the beast’!