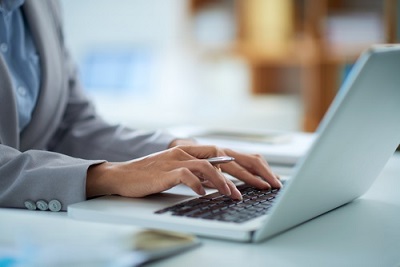 The IRS has announced that the date it will start accepting tax returns this year will be February 12.

Tax season normally starts the second half of January, and February 12 will be the latest date that a tax season has started yet.

The IRS said in a statement on January 15 that the late start date is because they need to do additional programming relating to stimulus checks.

It explained that distributing the second round of stimulus checks has distracted IRS resources from their usual seasonal preparation. Furthermore, stimulus checks were always technically refundable tax credits for the 2020 tax year, but were calculated based on figures from 2019 (and in some cases 2018) tax returns, so when Americans file their 2020 taxes the final calculations for stimulus check must be worked out in case additional funds are owed.

Those who received stimulus checks should note that if their 2020 income is higher than their 2019 income, they won’t be asked to repay any money that they’ve already received.

All American citizens, including those living abroad, are required to file IRS taxes, reporting their global income.

Americans filing from abroad get additional time to file, until June 15, and they can request further time by filing Form 4868 just like Americans filing in the States, if they need it.

The reason that expats get extra time automatically is because many have to file foreign taxes in their country of residence too.

“The February 12 start date for individual tax return filers allows the IRS time to do additional programming and testing of IRS systems following the December 27 tax law changes that provided a second round of Economic Impact Payments and other benefits.” – the IRS

Those expats who have to file both American and foreign taxes can claim the US Foreign Tax Credit by filing IRS Form 1116, which gives them US tax credits in lieu of the foreign taxes that they’ve paid. For expats who pay foreign taxes at a higher rate, this will usually reduce their US tax bill to zero.

Expats who don’t pay foreign taxes can also reduce their US tax bill by claiming the Foreign Earned Income Exclusion, if they meet certain IRS guidelines.

Americans living abroad may also have to foreign financial (e.g. bank, investment, and pension) accounts if the total value of the combined balances of all their foreign registered financial accounts exceeded $10,000 at any time during the tax year.

There’s no new tax liability related to foreign account (FBAR) filing; it’s just an information reporting requirement, albeit one that if missed can result in steep penalties.

The IRS is taking steps to ensure that cryptocurrencies such as Bitcoin aren’t used to avoid taxes, so holding virtual currency must now be declared on Form 1040, and foreign crypto accounts will soon have to be reported on FBARs, too.

Filing from abroad is typically more complicated than filing from the US, due to the additional forms and reporting requirements, and often involving currency conversion calculations, so to avoid unnecessary penalties it’s advisable to seek assistance from an expat tax specialist CPA firm.

Americans living abroad who are behind with their US tax filing because they weren’t aware of the requirement to file from outside the US can catch up under an IRS amnesty program called the Streamlined Procedure, so long as Uncle Sam hasn’t already contacted them about it first.