American Expatriate Tax Returns: What You Need To Know 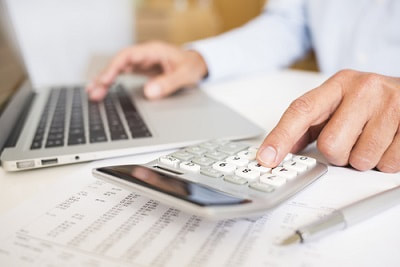 US expatriates, the new American pioneers, choose to live abroad for lots of reasons: for work, to study, for humanitarian reasons; for romance, adventure, or a better climate or quality of life perhaps; or in response to an innate desire to explore the wider world.

Americans expatriates who earn over around $10,000 (or just $400 of self-employment income) still have to file a US federal tax return though…

…declaring their worldwide income, wherever they are in the world and wherever their income is sourced – and regardless of whether they are paying taxes elsewhere.

Thankfully, several exemptions exist to prevent double taxation, notably the Foreign Earned Income Exclusion, and the Foreign Tax Credit, however foreign income still needs to be declared, and they need to be actively claimed.

Because expatriate tax return filing requirements can be more complex, expats have longer to file, with returns due by June 15th, and with a further extension available until October 15th upon request. Any tax due still needs to be paid by April 15th however.

Expatriates with foreign bank or investment (or mutual, or pension) accounts with a combined, aggregate total balance of more than $10,000 at any time during the tax year are required to file an FBAR, or Foreign Bank Account Report, to declare all their foreign accounts.

Currently around 200,000 foreign financial institutions, including banks, are reporting their American account holders personal and account details, including balances, to the IRS, under threat of fines when trading in US money markets, so the IRS can easily check FBAR reports (or the absence of them) with this information.

Fines for not filing, or for incorrect or incomplete FBAR filing, are harsh, starting at $10,000 per year that an FBAR should have been filed.

“It’s true that most expatriate Americans end up with no U.S. taxes to pay on their worldwide income, because they can exclude some income and offset host country taxes against what remains. Yet all must file.”
– Bloomberg

Under FATCA (the Foreign Account Tax Compliance Act), American expatriates with foreign assets, not including foreign property or other tangible assets including art, jewelry, and cars, with a total value of over $200,000 are required to report them by filing form 8938 along with their federal return.

Expatriate who weren’t previously aware of their obligation to file a US tax return should consider an IRS amnesty program called the Streamlined Procedure. It allows them to catch up on their US filing without facing any penalties or fines.

To file under the Streamlined Procedure, expats have to file their last three returns (assuming they’ve been abroad for three years, and their last 6 FBARS (again assuming they have missed six years of FBAR filing), pay any tax due, and self-certify that their previous failure to file was non-willful, which is to say that they didn’t file previously because they didn’t know they had to.

The Streamlined Procedure also allows expats to claim the Foreign Earned Income Exclusion and Foreign Tax Credit, depending on the best strategy given their personal situation. These will remove most expats from any US tax liability.

If the IRS contacts you first though, perhaps on the basis of information that they’ve received from your foreign bank, or foreign tax information provided by a foreign government, you may not have the opportunity to claim these exclusions, so we strongly recommend that if you require any assistance with your US filing you contact expatriate tax specialist.