As a US Expat, If I Don’t Owe the IRS Any Taxes, Do I Still Need To File a Tax Return? 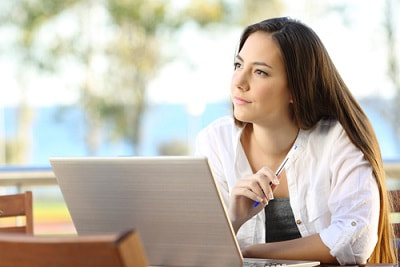 Living abroad can be the adventure of a lifetime. Whether you’ve moved abroad for work, romance, adventure, or for a better retirement, the upsides are numerous, often including a better climate, exploring a new culture, learning a new language perhaps, and a better quality of life.

The US is unique among developed nations in having a citizen based taxation system though.

This means that wherever in the world you live, as a US citizen or green card holder, if you earn over around $10,000 a year (or just $400 of self-employment income), you are still required to file a US tax return and pay US taxes.

Many of the estimated 9 million Americans living abroad assume though that they don’t owe Uncle Sam any tax, and so don’t need to file a US return. They typically assume this for one of the following four reasons:

– they either aren’t aware or don’t believe that the US tax system has international reach.

– they are paying income tax in their country of residence

Even if all four were true though and you don’t owe the IRS any taxes, as a US expat whose income is greater than the thresholds stated above, you are still required to file a US tax return declaring their world-wide income. You may also have further US filing requirements as an expat, depending on your individual situation.

“The U.S. is the only country in the world which levies taxes on the basis of citizenship rather than residency—meaning people can be liable to the IRS without ever having lived in the country, if they hold a U.S. passport or green card.”
– CNBC

All Americans are required to declare their worldwide income on their federal tax return, wherever they live in the world. While any tax owed is still due by April 15th, expats have until June 15th to file, and they can apply for a further extension until October 15th.

This is because they may also have extra filing requirements. In particular, they are required to file an FBAR (Foreign Bank Account Report) if they have over $10,000 in total in foreign bank and/or investment accounts at any time during the tax year. If they have over $200,000 worth of foreign assets meanwhile, excluding their home, they are required to declare them on form 8938 under FATCA.

Ways to take foreign income out of US tax liability

While they are still required to file, most expatriates don’t end up owing the US any tax, as they are able to claim either the Foreign Earned Income Exclusion, and/or the Foreign Tax Credit.

The Foreign Earned Income Exclusion lets US expats exclude the first around $100,000 of their income from US tax liability. The Foreign Tax Credit meanwhile allows Americans who are paying tax in another country to claim a $1 US tax credit for every dollar of tax they’ve paid elsewhere.

Which exclusion it’s best to claim depends on factors including how much an expat is earning and in which country they are living, however in neither case are these exclusions applied automatically: they have to be actively claimed as part of your tax return.

If you weren’t aware that you were required to file a US tax return as an expat, the good news is that there is an IRS amnesty program called the Streamline Procedure that lets you catch up with your US tax filing without facing any penalties.

The IRS is collecting American expats’ foreign tax and banking details from most foreign governments and over 200,000 foreign banks and investment firms, so it can check this information against tax returns filed, or indeed see if a return hasn’t been filed. If they see you haven’t been filing and suspect you should be, penalties can be huge: FBAR failure to file (or incorrect or incomplete filing) penalties start at $10,000 a year for example. As such, we strongly recommend that you ensure that you are up to date and accurate with your US expat tax filing, or, if you weren’t aware that you were required to file, perhaps because you believed that as you didn’t owe any US tax you didn’t have to, the Streamlined Procedure is a great route to compliance.