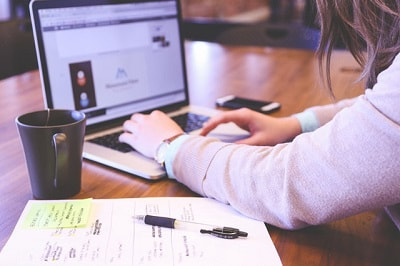 Americans expatriates who earn as little as $400 may still be required to file a US federal tax return to report their worldwide income, despite living abroad. They may also have further filing responsibilities related to FBAR and FATCA. Thankfully, most American expatriates can claim one or more exclusions though which remove them from US tax liability, but these have to be claimed when they file their federal return.

Filing a US tax return from abroad

Filing a US tax return from abroad is often more complex than filing from the US, as there are more likely to be extra forms to file, and multiple income streams, some of which may be in foreign currencies.

For this reason, while any US taxes due are still due by April 15th, expats have until June 15th to file form 1040, while a further extension is available until October 15th upon request.

If you’re an expatriate and your spouse isn’t a US citizen or green card holder, ensure that you check ‘married filing separately’ on form 1040, as then you won’t have to report his or her income (or assets or bank accounts) in your return.

Expatriates who have a total of $10,000 or more in foreign financial accounts at any time during the tax year also have to file a Foreign Bank Account Report, or FBAR.

“Contrary to popular belief among expats, the obligation to file U.S. taxes does not end when you take up residence in a new country. The United States is one of only two countries (the other being Eritrea) that taxes its citizens no matter whether they reside.” – Time.com

In practice, an FBAR is FinCEN form 114, which should be filed online before April 15th, though an extension is available until October 15th.

FATCA (the 2010 Foreign Account Tax Compliance Act) meanwhile requires expatriates who have assets abroad (not including ‘tangible’ assets such as real estate, cars, and paintings for example) worth in excess of $200,000 to report them when they file their US tax return by attaching form 8938. This affects many expat entrepreneurs and business owners, as well as those with significant savings, pension pots, or investments.

When filing US tax return from abroad, expatriates can claim one or more exclusions to reduce or in many cases eliminate their US tax liability.

The two primary exclusions are the Foreign Earned Income Exclusion, and the Foreign Tax Credit.

The Foreign Earned Income Exclusion lets Americans living abroad exclude up to around $100,000 from US tax liability. To claim the FEIE, you must either prove that you are a permanent resident in another country, or that you spent over 330 days outside the US in a 365 day period that overlaps with the tax year. If you qualify, and it is the best strategy for you, you can claim the Foreign Earned Income Exclusions by filing form 2555 with your US tax return.

Expatriates who live and pay taxes in a country with higher income tax rates in the US may favor the Foreign Tax Credit however, which lets expats claim a $1 tax credit for every dollar of tax paid in a foreign country. Excess tax credits can be saved for future use.

Expatriates renting accommodation abroad may also deduct some of their housing expenses by claiming the Foreign Housing Exclusion.

More than one of these exclusions may be claimed at once in some cases, though not on the same income.

Penalties and catching up

Penalties for not filing, or not filing fully and accurately, are steep. FBAR related fines in particular are very high, starting at $10,000 per year that an FBAR should have been filed. Worse still, around 200,000 foreign financial institutions (including banks) are reporting their US account holders to the IRS, including their account balances, so the IRS knows who is and isn’t filing and who should be.

Thankfully however there’s an IRS amnesty program called the Streamlined Procedure for expatriates who should have been filing a US tax return from abroad but didn’t because they weren’t aware of the requirements. To catch up using the Streamlined Procedure, you must file your last three returns and last six FBARSs (if applicable), pay any tax due (often none, if you claim one or more of the exclusions outlined above), and self-certify that your previous non-compliance was non-willful.

We strongly recommend that if you have any queries or doubts about your US tax situation, you contact an expatriate tax specialist for some advice.