GILTI 962 Election – A Guide for Expats 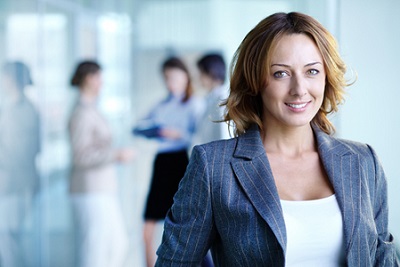 Americans living abroad are required to file US taxes, reporting their worldwide income. The US is one of only two countries (the other being Eritrea in Africa) that tax expats on their global income, as well as residents.

American expats also have to report any foreign business interests they have, and sometimes their foreign financial accounts and assets.

The rules for reporting foreign businesses are complex, and expats should always seek specialist advice.

The 2017 Tax Cuts and Jobs Act (the Trump Tax Reform) defined a new type of taxable corporate income called GILTI. GILTI (which is an acronym for Global Intangible Low Tax Income) is the profits of a foreign registered corporation that is over 50% American owned, after allowable deductions.

The GILTI is allocated between the shareholders, who pay tax on it at their individual income tax rates, so up to 37% currently. GILTI is calculated on IRS Form 8892.

Prior to the 2017 tax reform, these offshore corporate profits weren’t considered taxable by the IRS unless and until they were extracted by the shareholders in the form of dividends. As such, GILTI came as an unwelcome surprise to many American business owners located outside the US.

There are options for reducing GILTI tax, although professional advice should always be sought, as the treatment and mitigation of GILTI is complex and multiple considerations can come into play.

One mitigation possibility is making a Section 954(b)(4) election, otherwise known as the GILTI High Tax Exemption.

“The final regulations allow taxpayers to exclude certain high-taxed income of a controlled foreign corporation from their Global Intangible Low Taxed Income (GILTI) computation on an elective basis.” – the IRS

But what can expats who registered a corporation in a low-tax jurisdiction do to minimize their tax bill?

While paying 10.5% (or less) is much better than paying personal income tax rates of currently up to 37%, there is a catch: when the corporate profits are extracted as dividends in the future, the shareholders will have to pay tax on them again, paying a second tax on the same profits and potentially increasing the total tax rate to more than if they hadn’t made a Section 962 election.

If the expat shareholder is going to have to pay foreign tax on future dividends, they can claim US tax credits to offset the US tax due on them though, meaning a Section 962 election might be worthwhile after all. This is where the calculations become complicated and have to be based on a detailed appraisal of each foreign business owner’s current and future circumstances.

There may be other options available to reduce GILTI depending on expats’ circumstances, including transferring majority ownership of a foreign corporation to a trusted foreigner, such as a spouse. This takes the corporation completely out of the jurisdiction of US tax laws.

Expats with a foreign business should also note that there is currently a lawsuit that is seeking to get a GILTI exemption for small businesses (i.e. those with less than $25m revenue), which, if successful, would mean a refund could be available for GILTI tax paid to date for those expats affected.

Every expat’s situation is different, so it’s always important to seek professional advice regarding filing US taxes from overseas.

Expats who are behind with their US tax filing may be able to catch up without facing penalties under an IRS amnesty program called the Streamlined Procedure.