Foreign Pensions and US Taxes – What You Need to Know 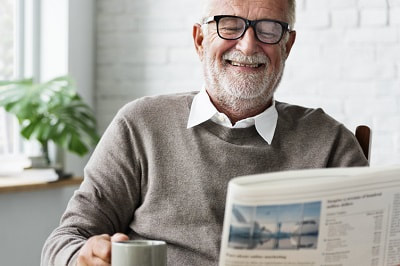 Americans living abroad participate in foreign pension plans for a variety of reasons. They may have settled abroad permanently; a plan may be included in compensation as part of a work assignment abroad; or they may be a dual US/foreign citizen who has always lived abroad.

As all American citizens and green card holders are required to file US taxes, reporting their worldwide income, wherever in the world. they happen to live, expats often wonder whether US taxes are payable or whether there are reporting requirements relating to foreign pensions.

The US has tax treaties with around 100 other countries, however these treaties don’t prevent expats having to file or pay US taxes, aside from in some cases teachers, students, and researchers.

To avoid having to pay taxes on their worldwide income to the US, expats must claim one or more of the exemptions that the IRS has made available, such as the Foreign Tax Credit for expats paying foreign taxes, or the Foreign Earned Income Exclusion.

“There are also a number of reporting requirements that may apply in addition to inclusion on the individual’s income tax return. This may include certain foreign trust reporting returns.” – Forbes

Neither do the majority of the tax treaties prevent expats from paying US taxes relating to foreign pension plans. One exception is the US/UK tax treaty, which allows American expats who are resident in the United Kingdom to deduct pension contributions to a UK pension plan that also qualifies for contributions being deductible within the UK tax system too from US taxation.

Other pension plans are considered Passive Foreign Investment Companies (PFICs) under US tax rules, depending on the proportion of the plan’s assets that produce passive income in the form of dividends and interest.

While reporting requirements relating to foreign pensions are unavoidable, there are still ways to mitigate paying US taxes on foreign pension plan contributions, depending on each expat’s circumstances. For example, if an expat is living in a country where they pay a higher foreign income tax rate than the US rate, they can claim US tax credits against the foreign taxes that they’ve paid which, as they are paying a higher foreign rate, will have excess tax credits left over that they can use against the US tax due on their foreign pension plan contributions.

The IRS has made an amnesty program available for US expats who are behind with their US tax filing because they weren’t aware of the requirement to file American taxes from abroad.

The program is called the Streamlined Procedure, and it requires American expats to file their last three tax returns, their last six FBARs (as required), and to self-certify that their previous failure to file wasn’t willful evasion.