Do Americans Have to Report Foreign Real Estate Under FATCA? 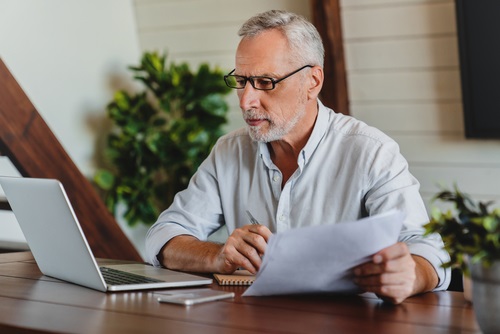 All Americans have to file US taxes, reporting their global income, including Americans living abroad.

Many Americans who live abroad (as well as many living in the US) own foreign real estate, and they often wonder whether it needs reporting on their American tax return, and if so how.

All Americans who have certain foreign financial accounts and assets may have to report them, but exactly when and how can be complex, particularly when it comes to FBAR and FATCA reporting.

FATCA is the Foreign Account Tax Compliance Act, a US law signed in 2010 that included a new reporting requirement.

Filing Form 8939 is a requirement for Americans whose foreign registered financial assets exceed minimum thresholds as set out by the IRS.

Americans with qualifying assets should file Form 8938 with their federal tax return, which is due by June 15 for Americans living abroad, unless they apply for an extension until October 15.

It’s worth noting that FATCA also requires foreign banks and investment firms to report their American account holders to the US Treasury directly, allowing the IRS to enforce US tax filing worldwide.

An FBAR is a Foreign Bank Account Report. It’s a separate and additional reporting requirement for Americans who have a total of over $10,000 in foreign financial (e.g. bank, pension and investment) accounts overseas at any time during a year.

So while Americans with foreign real estate don’t have to report it on an FBAR, if they also have a foreign bank account, then they may have to file an FBAR.

What reporting is required for Americans with foreign real estate?

Americans who receive rental income from foreign real estate have to report it on Form 1040 along with all of their global income, converting foreign currency values into US dollars.

FATCA and FBAR reporting will only be triggered if the relevant balance thresholds are exceeded in their foreign financial accounts, and this most commonly occurs either if foreign real estate rental income is received in foreign bank accounts, or if funds related to buying or selling foreign real estate pass through an American’s foreign registered financial account, even if only briefly.

Expats should also note that profit made on the sale of foreign real estate may be liable to US capital gains tax, depending on the total amount of all of the individual’s capital gains that year.

What about Americans living abroad who haven’t been filing US taxes?

Americans living abroad who haven’t been filing a US tax return, because they didn’t know that they had to, can catch up without facing penalties under an IRS amnesty program called the Streamlined Procedure, so long as they do so voluntarily before the IRS contacts them about it.