I’m an expat and I’ve never filed taxes, what should I do? 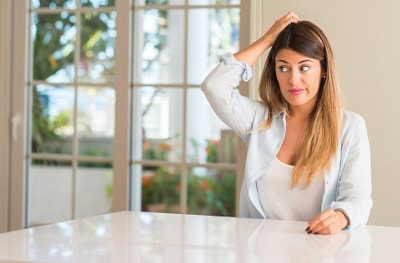 All Americans (including green card holders) are required to file a federal tax return each year, reporting their worldwide income, irrespective of where in the world they live.

This requirement is almost unique to America (most countries tax based on whether you live or have income or assets in the country), and as it’s perhaps counterintuitive, many expats are behind with their US tax filing by the time they realize that they have to file.

Even then, some expats assume that they are perhaps protected by a tax treaty, or they may have heard that if your income is below a certain threshold you don’t have to file. Unfortunately, neither of these is true.

The consequences of remaining uncompliant can be expensive, occasionally (if left unchecked for too long) dramatically so, so the best course of action is undoubtedly to catch up before the IRS writes to you.

How can expats who have never filed taxes catch up while avoiding penalties?

Happily, the IRS has an amnesty program intended for expats who are behind with their tax filing because they didn’t know they had to file from abroad.

The program is called the Streamlined Procedure, and it requires expats to file their last three federal tax returns, their last six FBARs (more about FBARs in a minute), pay any back taxes due (often none – more about how to achieve this in a minute too), and to self-certify that their previous non-compliance wasn’t wilful avoidance.

How can expats who have never filed taxes minimize US taxes due when catching up?

When expats who have never filed taxes catch up using the Streamlined Procedure program, they can claim one or more exemptions that the IRS has made available to ensure that they don’t pay tax on the same income twice.

The most useful of these exemptions are the Foreign tax Credit, and the Foreign Earned Income Exclusion.

The Foreign Earned Income Exclusion meanwhile allows expats to simply exclude the first around $100,000 (the exact figure rises a little each year) of income earned while they are living abroad from US taxation. It can be claimed regardless of whether the claimant is paying foreign taxes, however there are strict rules expats must follow to ensure that they qualify as living abroad.

Crucially though, these exemptions aren’t applied automatically and must be claimed when expats file, otherwise the IRS will still consider back taxes to be owed, even if an expat has already paid foreign taxes abroad.

It’s also important to note that if the IRS contacts an expat before they have caught up, they normally can’t then claim any exemptions retrospectively, meaning that they will probably face a back taxes bill. Because the IRS is now receiving detailed information about expats’ finances directly from foreign banks and governments, it’s no longer the case that being abroad means being out of reach of the IRS, so the only non-risky scenario for expats who have never filed US taxes from abroad is to catch up as soon as possible before the IRS contacts them.

As well as filing a federal tax return, expats may also have to continue filing state taxes from abroad, normally if they’re planning to return to live in the last state they lived in, although the rules vary from state to state.

Furthermore, expats who have a total of at least $10,000 in foreign financial

accounts, including any bank and investment accounts and any account that an expat has signatory authority or control over even if it’s not registered in their name are required to file a Foreign Bank Account Report, or FBAR.

Due to the extra filing requirements and having to claim exemptions from US tax, filing US taxes from abroad is typically more complex than filing from the states, and expert advice is often required to ensure the best possible outcome.

Because filing from abroad is more complex, expats have extra time (until June 15th) to file, with a further extension available on request.

Expats often fear becoming compliant, however filing with the right strategy under the IRS Streamlined Procedure program, expats most often become compliant without owing the IRS a penny, and in many cases they may even claim a tax refund and so come out on top.

As always, if in doubt, seek specialist advice at the earliest opportunity.