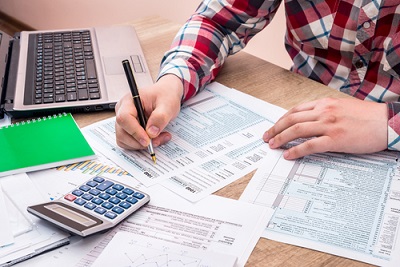 The US tax system is based on citizenship, which means that American citizens living abroad are required to file US taxes every year, reporting their worldwide income.

As American expats often have to file foreign taxes too (depending on the rules in the country where they live), they get longer to file, with expats’ tax returns due by June 15th rather than April 15th. Expats can also request a further filing extension until October 15th, if they need to. Any US tax due must still be paid by April 15th though, even if an estimated amount.

When they file, US expats can most often claim provisions such as the Foreign Earned Income Exclusion and the Foreign Tax Credit to reduce their US tax bill, in many cases leaving them with nothing to pay.

Many expats have extra US filing requirements that Americans living in the States don’t, such as reporting foreign registered bank accounts, investments, assets, and business interests, including partnerships.

Americans who have a partnership that has a non-American partner may have to file IRS Form 8805.

“Use Forms 8804, 8805, and 8813 to pay and report section 1446 withholding tax based on effectively connected taxable income allocable to foreign partners.” – the IRS

A separate Form 8805 should be filed for each foreign partner. The IRS guidance notes for Form 8805 suggest that the form only takes fifteen minutes to complete, however in practice this is only true for someone who has completed the form many times . To complete it for the first time would take significantly longer!

What is Section 1446 withholding Tax?

Section 1446 withholding tax is applicable when a partnership with a foreign partner derives income from trade or business within the US. In this scenario, the partnership has to pay nominal tax on any profit that is allocable to the foreign partner.

Form 8804 also needs filing to summarize the contents of all the Form 8805’s (one for each foreign partner). Form 8813 meanwhile is used to claim tax credits for the foreign partners in lieu of the taxes withheld under Section 1446.

Other forms for Americans with a foreign registered partnership

Expats who are partners of a foreign registered partnership must report the partnership and its revenue and expenses using IRS Form 8865 each year.

If the partnership is US-based, it should be reported on Form 1065 however.

Americans living abroad who haven’t been filing US taxes because they didn’t know they had to can often catch up without facing penalties under an IRS amnesty program called the Streamlined Procedure.

Expats should always seek advice if they have any doubts or questions regarding your US tax filing obligations.