The Foreign Earned Income Exclusion for Expats – Instructions for Form 2555 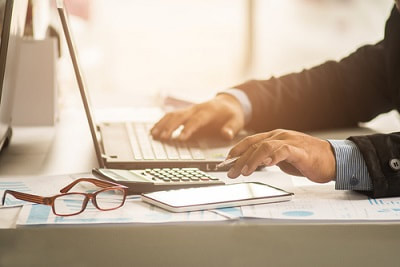 Americans who live abroad are still required to file a US tax return, reporting their worldwide income.

Expats can claim the Foreign Earned Income Exclusion and/or the Foreign Housing Exclusion however, which allow them to pay less (or in many cases no) US tax (although they still have to file a US return to claim them).

The Foreign Earned Income Exclusion is the primary IRS exemption for expats, allowing them to exclude the first around $100,000 (the figure rises a little each year in line with inflation) of their earned income from US taxes.

The Foreign Housing Exclusion meanwhile lets expats who rent a home abroad and earn more than around $100,000 exclude many of their housing expenses on top of this amount.

These exclusions aren’t always the best option for expats though: those who pay more tax abroad than they owe to the US are often better off claiming the Foreign Tax Credit instead, which gives them a $1 tax credit for every dollar of tax that they’ve paid abroad.

To claim the Foreign Earned Income Exclusion (and/or the Foreign Housing Exclusion) however, expats must file form 2555.

To claim the Foreign Earned Income Exclusion, expats must prove that they live abroad using one of two tests.

The Physical Presence Test meanwhile requires expats to prove that they spent at least 330 days outside the US in a tax year.

Expats who meet one of these two tests can use form 2555 claim the Foreign Earned Income Exclusion and exclude around $100,000 of their earned income from US tax liability.

Expats should file form 2555 along with their federal tax return form 1040. Expats have an automatic extension until June 15th to file, although if they do owe any tax, interest will be payable on it after April 15th (although no penalties will apply).

Expats can also request a further filing extension until October 15th, should they need to, perhaps to give time to file their foreign taxes first if they are claiming the Foreign Tax Credit or need to use their foreign tax payer information as part of their Bona Fide Residence Test proof.

Form 2555 Part I requires expats to enter their name, address, employer’s details (if applicable), and details of their Tax Home.

Part IV requires expats to declare their foreign earned income details, along with their expenses. This information should of course correspond with form 1040.

Part V simply asks whether the expat is also claiming the Foreign Housing Exclusion or Deduction (the Deduction is for self-employed expats). Expats who are claiming either of these should then fill in part VI.

Finally, sections VII, VIII, and IX contain the sums required to calculate how much expats can exclude or deduct, in total.

Expats who are behind with their US tax filing and who haven’t been contacted by the IRS yet can still file without facing penalties, including claiming the Foreign Earned Income Exclusion.

Expats who are just one or two years behind can simply file the missing returns.

Expats who are three or more years behind however should consider catching up using the Streamlined Procedure amnesty program, which requires that they file their last 3 tax returns, their last 6 FBARs (Foreign Bank Account Reports, if required), and that they self-certify that their previous failure to file was non-willful (i.e. they haven’t been willfully avoiding paying taxes).

The Streamlined Procedure is a great opportunity for expats who are behind with their filing to catch up before the IRS catches up with them.

As always, if you have any questions regarding your US taxes as an expats, we recommend that you get in touch with an expat tax specialist for some advice at your earliest convenience.