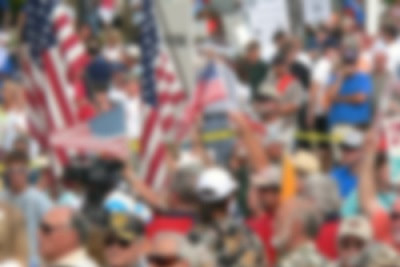 What now seems like an age ago, when Donald Trump starting gaining momentum in the Republican primaries, Google searches for ‘move to Canada’ jumped by over 1000% and the media predicted a surge of new expats if Mr. Trump won the presidency. So will the predicted surge materialize, or were the Google searches just wishful thinking? More importantly, both for those already living abroad and those considering moving, what are the expat tax implications of the final result of this year’s election?

It’s safe to say that, whether Republican, Democrat, or neither, we’re all united in breathing a collective sigh of relief that a divisive and controversial campaign has now ended, as well as in the hope that the president elect will stick to the calm and conciliatory tone he employed in his victory speech.

The signs since election night have been promising. Mr. Trump’s measured victory speech was followed by a toning down of some of his most controversial proposed policies. Not all immigrants will be exported, just those with criminal records. Obamacare won’t be scrapped, but amended.

The new administration will look to work with like-minded foreign countries, and not shut out the world. This all bodes well for those who hope that he’ll take a more central stance than his campaign implied and govern for everyone, not just his supporters.

One area where it is hoped he will make positive change is tax reform. The US has among the highest corporation tax rates in the developed world, and a burdensome and complex tax code in general.

“Canada has a fast-track system for immigration called Express Entry. It’s how skilled workers transition into a role in the country.”
– Business Insider

During the campaign, Mr. Trump criticized the size and complexity of the US tax code, which a century ago was 27 pages long but now runs to 75,000. As all US citizens and green card holders are required to report their worldwide income to the IRS by filing a federal tax return every year, wherever in the world they live, a simplification of the US tax system would benefit everyone, expats included.

Americans living abroad are currently able to elect to exclude up to around $100,000 of foreign earned income from US tax liability by claiming the Foreign Earned Income Exclusion.

It’s highly unlikely that this exemption will be repealed as part of tax simplification though for the simple reason that our largest global corporations rely on it as part of their relocation package when sending Americans on placements overseas, so it repealing it could harm some of our largest employers.

Mr. Trump didn’t directly address FATCA (the Foreign Account Tax Compliance Act) or FBAR (the Foreign Bank Account Report) during the campaign, however again it’s unlikely that these will be repealed, due to the context of a continuing national debt and deficit as well as a continuing international crack-down on tax evasion.

Over 100 other countries having signed up to what is known as the Common Reporting Standard, in which they collect information about foreigners’ bank accounts and share this along with domestic tax information with other governments, making it harder for individuals and companies to evade tax internationally, so FATCA is part of an internationally accepted norm now in terms of tax and bank account information sharing.

Regarding the predicted expat surge, the likelihood is that most people will wait and see what happens next before making such a large decision based on the election result. It may well be that there is a short term uplift in numbers moving abroad, however for anyone considering becoming an expat because Donald Trump won, we strongly recommend that you get to grips with expat tax filing requirements before taking the plunge. Americans who live overseas are still required to file US taxes, and filing taxes as a US expat is more complex than it is for Americans living stateside.