Should Accidental Americans File US Taxes? 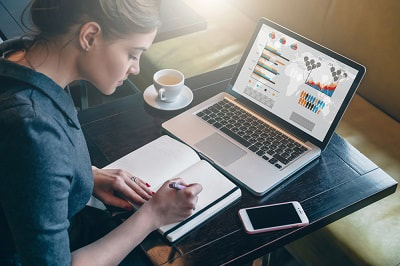 The American tax system is unusual compared to almost every other country in that the US taxes based on citizenship rather than on residence. So while most countries only those people who live in that country, and/or those who have income arising in the country, the US taxes all US citizens (and green card holders) on their worldwide income, wherever in the world they live.

To avoid double taxation (American expats paying income tax in both the country where they reside and to the US), the IRS has made available a number of exemptions, such as the Foreign Earned Income Exclusion, and the Foreign Tax Credit. Crucially though, these exemptions must be actively claimed by American expats when they file their annual US tax return declaring their worldwide income, meaning that even though they live abroad and most often won’t pay US taxes, Uncle Sam still keeps track of their finances.

Furthermore, Americans are required to declare their foreign bank and investment accounts if they have, in total, over $10,000 in them at any time during the tax year, by filing an FBAR (Foreign Bank Account Report).

FATCA (the 2010 Foreign Account Tax Compliance Act) meanwhile requires foreign banks to report their US citizen and green card holder account holders directly to the IRS, including their balance information. Combined with tax information sharing agreements with around 100 foreign governments, the IRS has access to in most cases a complete picture of expats’ finances.

It’s easy to understand why many US expats feel that Uncle Sam has overstepped its remit by snooping on their finances globally. This sentiment is even stronger though for Accidental Americans, from whom the IRS is also pursuing US tax compliance.

What is an Accidental American?

Accidental Americans are people, most often foreigners, who are entitled to American citizenship. Many may not even be aware of it.

So for example, children who are born in the US to foreign parents who were in the US temporarily are American citizens, even if they have another nationality and they have never had a US passport or returned to the US since they were a baby or child. (UK Government Minister Boris Johnson is a high profile example of this).

Similarly, Americans who have emigrated permanently and become a citizen of another country such as Canada but have never formally renounced their US citizenship may not realize that they are still American.

“The IRS currently has in place a streamlined program which allows ‘accidental Americans’ to get back into compliance by filing three years of tax returns and six years of FBARs and explaining their situations. But this streamline program remains open at the discretion of the IRS, so act fast.”
– International Advisor

Lastly – and this can be the most complex scenario – descendants of Americans who married a foreigner and settled abroad permanently may be American.

Foreigners with one American parent are normally American. If these children of an American parent spend five years in the US studying or working at any point, their children will also be US citizens (or have the right to be, which is seen as the same thing by the IRS). In theory US citizenship could continue over multiple generations this way.

Lastly, foreigners who have worked or lived in the US in the past and so have a green card are also still required to file US taxes.

Between these different scenarios, there are potentially millions of Accidental Americans who may or may not be aware of their entitlement to US citizenship but are probably not aware of their obligation to file US taxes each year on their worldwide income.

Should Accidental Americans file US taxes?

Many commentators have suggested that Accidental Americans, when they become aware of the requirement to file US taxes, shouldn’t in fact do so, as the IRS has no way of enforcing US tax rules or penalties on them in their home country from across the world. In truth, it’s a little more complicated though, and it depends on each Accidental American’s individual circumstances.

For example, if they want to travel to the US at any time in the future, it would be wise for them to file US taxes, as they may otherwise run into trouble upon arriving, such as finding that their US passport has been revoked.

Furthermore, the value of US citizenship for either them or their descendants may be a factor. By filing US tax returns (and claiming the exemptions that will in most cases exempt them from paying any US taxes), their children may have the possibility to claim US citizenship and so study, work, or live in the US in the future.

How can Accidental Americans catch up with their US tax filing?

Accidental Americans therefore have three choices: formally renounce their US citizenship, start filing US taxes, or do nothing, not travel to the US, and hope for the best.

The difficulty with the first option is that to renounce US citizenship Americans have to first be compliant with their US taxes, so they have to catch up with their US tax filing anyway. This may be the best long term option for some Accidental Americans though.

For those who want to catch up and retain the right to their US citizenship, perhaps thinking of the future opportunities and benefits that it may offer to them or their children, there is an IRS amnesty program called the Streamlined Procedure that allows them to catch up with their filing (including claiming the available exemptions) without facing any penalties.

In terms of not doing anything and hoping for the best, in the full knowledge that there may be limits or risks down the line, there may nonetheless be some Accidental Americans who are happy to live this way.