Tax Guide for UK Citizens Working in the US 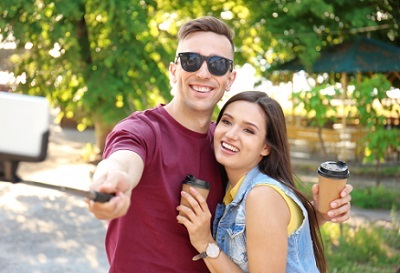 An estimated 700,000 UK citizens live in the US, and the majority have relocated to further their careers.

When UK citizens move to the US for work, they often already have a work permit or Green Card. This places them within the US tax system.

US taxes for UK citizens living in the US

Brits living in the US who don’t have a green card may still have to file US taxes if they meet the Substantial Presence Test.

This means either spending 31 days in the US in a tax year, or a total of 183 days in the current year and the previous two.

UK citizens who qualify to file US taxes have to file IRS Form 1040 reporting all their global income, even if they have tax deducted at source by their employer.

The US tax year runs from January 1st to December 31st, and all taxes must be paid and the tax return filed to the IRS by the following April 15th.

Most individual states also require residents to file a state tax return and pay state income taxes, although not all, and rules and rates vary in each state.

“If you’re not a UK resident, you will not have to pay UK tax on your foreign income.” – Her Majesty’s Revenue and Customs

UK citizens with financial (bank, investment, pensions etc) accounts in the UK may also have to report them in the US by filing a Foreign Bank Account Report (FBAR), and IRS Form 8938, depending on the total combined value of the account balances.

Because the US taxes on worldwide income, UK citizens working in the US who sell assets (including property) in the UK may also have to pay US capital gains tax.

The UK taxes based on residence, so UK citizens living in the US won’t have to file and pay British taxes unless they spend at least 183 days in the UK in a UK tax year, which runs from April 5th to April 6th.

The UK also taxes non-residents’ UK income, so Brits in American who have income on the UK will also have to file a UK tax return.

For UK citizens working in the US whose only source of income is employment by a US firm and who don’t spend enough days in the UK to qualify as a UK resident, the issue of double taxation won’t arise.

Those who perhaps have UK income still though will theoretically owe taxes in both countries.

These folks should seek advice from an expat taxes specialist. The normal way to avoid paying tax on the same income twice is to file one tax return first, then claim tax credits when they file the second one. The US-UK tax treaty sets out which to which country the tax should be paid and in which the tax credits should be claimed, depending on the type of income.

The US and the UK have signed a treaty called a Totalization Agreement that allows expats in either country to only pay social security taxes to just one but with their contributions contributing towards entitlement to a state pension in both systems.

The US tax system is complex, and Brits living in America should seek advice from an expat tax specialist to ensure that they file not just correctly but to their maximum long term benefit