The Tax Questions US Expats Most Often Ask 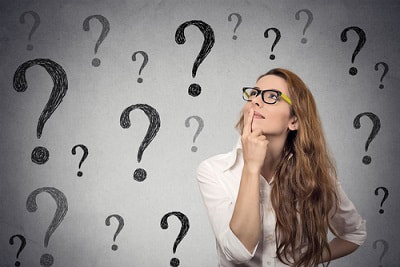 Do I still have to file and pay US taxes if I live abroad?

This is the most common tax question that US expats ask. Unfortunately, the US tax system is based on citizenship rather than residence, so it doesn’t discriminate where in the world you live.

As a result, expats have to file and pay US taxes on their worldwide income if they earn over $10,000 (or just $400 of self-employment income).

This applies not just to US citizens but to all green card holders, dual (US) citizens, and also anyone with the right to US citizenship, perhaps because they were born in the US or because one of their parents was American.

It’s not all bad though. Firstly, expats get longer to file, until June 15th, or October 15th upon request.

Secondly, there are several IRS exclusions available that allow most US expats to reduce or eliminate their US tax liability (primarily the Foreign Earned Income Exclusion and the Foreign Tax Credit), though these have to be actively claimed when expats file their annual federal return.

Expats may also have to file state taxes from abroad, depending among other things on which state they last lived in, and how long they plan to live abroad.

Does my foreign spouse have to file and pay US taxes?

Whether a US expat’s foreign spouse has to file US taxes or not depends on whether the US expat elects to file separately or jointly on their US tax return.

There are advantages and disadvantages to both, depending on both the expat and their spouse’s circumstances.

It’s worth noting though that if you choose to file jointly, your foreign spouse’s worldwide income will be subject to US taxes.

If they aren’t earning, this may be advantageous to you, as you can claim both exemptions plus an extra allowance, however if they are earning a high income, or if they expect to inherit some wealth, it may be disadvantageous on the other hand.

What is FATCA, and how does it affect me?

FATCA is the Foreign Account Tax Compliance Act, a law passed in 2010 to help prevent offshore tax avoidance. However, it has widespread implications for all US expats.

This means that the IRS knows about expats’ bank and other financial (e.g. investment) accounts, including balances, and it knows where they live. This in turn means the IRS can check this information against expats’ federal tax returns (or the absence of them), so they can police US tax compliance worldwide.

To avoid reporting their US account holders, some foreign banks have refused Americans banking services.

FATCA also requires US expats with foreign assets (not including tangible assets such as property) worth over $200,000 to report them when they file their annual US return.

An FBAR is a Foreign Bank Account Report. Expats who have over $10,000 in foreign bank, investment, mutual, pension, or saving accounts have to report all their foreign accounts by filing FinCEN form 114 online.

Accounts that expats have control over but that aren’t in their name, such as business accounts, also qualify. Because FBARs are filed to FinCEN rather than to the IRS, penalties for not filing (or incomplete or incorrect filing) are much higher, starting at $10,000 a year, so it’s important not to ignore this filing requirement.

What happens if my host country and the US have a tax treaty?

Most US tax treaties benefit foreigners living in the US much more than Americans living abroad. The exceptions to this are students, teachers, and researchers. But for the majority of expats a tax treaty won’t prevent them having to file US taxes.

Can I claim US Social Security if I live abroad?

Living abroad is no impediment to claiming US social security benefits, which can be transferred to a foreign bank account upon request (though this may create a foreign tax liability).

What if I haven’t filed US taxes as an expat before?

If you haven’t been filing US taxes (or FBARs) as an expat because you weren’t aware that you had to, there’s an IRS amnesty program called the Streamlined Procedure that lets you catch up without facing any penalties. To catch up with your US tax filing using the Streamlined Procedure, you simply have to file your last 3 tax returns and your last 6 FBARs (as applicable), pay any back taxes that may be due after you’ve claimed the most beneficial exemptions given your circumstances, and self-certify that your previous failure to file was non-wilful.

The Streamlined Procedure is a great opportunity for expats to catch up with their US tax filing without facing any penalties.