Top Year-End Tax Planning Strategies for US Expats in 2017 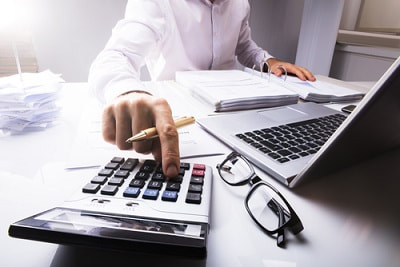 Year-end tax planning this year is slightly different this year due to the proposed changes to the tax system. Despite this uncertainty, however, there are still plenty of things that expats can do before the holidays to make their lives easier in 2018, and possibly save them money too.

The first step is to gather all your records for 2017. These should include: Proof of your income and deductible expenses. While exactly which expenses can be deducted may change next year, for now assume the same as last year.

Travel records. Expats claiming the Foreign Earned Income Exclusion often need to prove that they spent at least 330 days outside the US in the year, so having records of travel dates pertaining to the US is critical to enable expats not to pay US taxes on their income earned in 2017.

Expats who owe US (and in many cases foreign) income taxes for the year can reduce what they owe by making further contributions into qualifying retirement plans before December 31st. Qualifying plans include 401(k), 403(b), Deductible IRA, SIMPLE IRA, and SEP plans.

“The 2016 mobility survey of 224 companies in 26 countries conducted by business consultancy Price Waterhouse Cooper found that 12.2% of all employees work overseas every year.” – Forbes

It may be an old strategy, but it’s still an effective one for expats with losses on investments in 2017.

Plan your travel to the US carefully

Maintaining the ability to claim the Foreign Earned Income Exclusion allows millions of expats not to have to pay US income tax. Many of them choose to use the Physical Presence test when claiming the Foreign Earned Income Exclusion, which requires that expats prove that they spend at least 330 days a year outside the US. As such, tax planning in the form of ensuring that expats don’t spend too long in the US in a year should form part of expats’ travel planning for 2018. (Also, consider downloading and utilizing our mobile app, which counts the days you spend outside the US each year and automatically creates a travel log for you, saving you from going through your records at tax time).

Looking ahead to 2018, there are several other things that expats can plan to do now to ensure that their US tax filing goes smoothly. For example, expats who claim the Foreign Tax Credit should aim to file their foreign tax return promptly, in order to document the foreign income tax paid or accrued on their 2017 US income.

If you live in a country where the tax return is filed later in the year (ex. Australia, UK) though, be sure to request that your CPA file an US filing extension on your behalf.

If you did owe US taxes last year, estimate how much you will owe for 2017 so you can make estimated payments in advance of April 15th. Even though expats aren’t required to file their US tax return before June 15th, any taxes due are still due by April 15th, and after this date interest and possible penalties may be incurred.

We strongly advise expats who haven’t been filing their US taxes to catch up with their filing before the IRS comes to them.

The IRS now has global reach, so it’s a much better strategy to catch up with US tax filing from abroad using the Streamline Procedure program, which allows expats to claim the exemptions that can reduce or eliminate their US tax liability, than doing nothing and waiting for the IRS to notice.