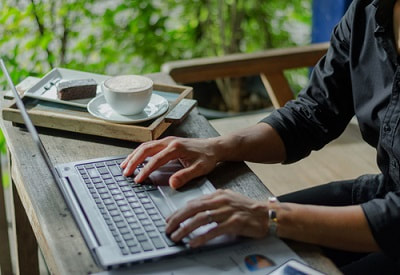 While living overseas is most often an incredible experience, American expats have to file US taxes from abroad, reporting their worldwide income, often as well as having to file taxes in the country where they reside.

This is because, unlike most other countries, the US operates a citizenship based taxation system, meaning that all US citizens (and green card holders) are required to file US taxes whether they live in the States or overseas.

To ensure that expats don’t pay taxes on the same income twice (as Tax Treaties don’t normally achieve this), the IRS has put in place a number of exemptions that expats can choose to claim when they file, such as the Foreign Tax Credit and the Foreign Earned Income Exclusion. Which exemptions are most beneficial to claim will depend on each expat’s circumstances, but in all cases expats have to file a federal tax return in order to claim them.

As well as having to file a federal tax return to report their worldwide income, even if after claiming one or more exemptions they don’t owe any US taxes (and most expats don’t), many expats are also required to report their foreign assets.

Expats who have over $10,000 in total in foreign bank or investment accounts at any time during a year are required to report all of their foreign accounts by filing a Foreign Bank Account Report, or FBAR.

Qualifying accounts include any financial accounts held at a foreign bank or other financial firm that an expat has control or signatory authority over, even if an account isn’t held in their name (for example trusts’ and business accounts).

“The vast majority of taxpayers pay their fair share. The FBAR and FATCA filing requirements make it tougher for that relatively small number of taxpayers trying to hide assets and income offshore.”
– IRS Commissioner John Koskinen

Penalties for not filing FBARs (or for incorrect or incomplete filing) are steep, starting at $10,000 a year if the error was unintentional. Furthermore, the Foreign Account Tax Compliance Act (FATCA) requires foreign financial firms to report their American account holders directly to the IRS, including account balances, so the IRS knows which expats should be filing. Almost all foreign financial firms are complying with this requirement, as by complying they avoid a tax when they trade in US markets.

To file an FBAR, expats should complete FinCEN form 114 before October 15th.

Form 8938 asks expats to provide details about their foreign, non-tangible assets. Expats should file form 8938 along with their annual federal tax return.

What foreign assets should expats report?

‘Non-tangible’ foreign assets include all investments, businesses, and financial account balances, but not physical assets owned in the expat’s own name, such as a home, car, art, or jewelry etc.

Expats who are behind with their US tax filing because they weren’t aware of the requirement to file can catch up without facing any fines or unnecessary back taxes under an IRS amnesty program called the Streamlined Procedure.

To quality, expats must file their last three tax returns and their last six FBARs (as appropriate), and self-certify that their previous failure to file wasn’t intentional avoidance.