When are Taxes Due for Expats? 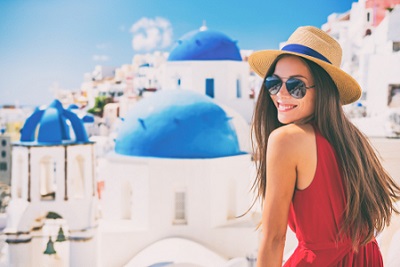 American citizens (and Green Card holders) who live abroad are required to file US taxes annually, reporting their worldwide income.

This requirement to file from abroad is because the US taxes based on citizenship, rather than on residence like the majority of other countries.

Expats also often have other filing requirements that Americans living in the States don’t, such as reporting foreign-registered bank accounts, investments, businesses, and assets. Throw in currency conversions, and maybe claiming a provision from a tax treaty, and filing from abroad is normally more complex than filing in the US.

In this article, we look at when taxes are due for American expats.

US expats may also have to file foreign taxes in the country where they reside, presenting a risk of paying taxes on their income twice.

The US has signed over sixty international tax treaties, however none of them prevent expats from having to file US taxes. Instead, they contain provisions that expats can claim to avoid double taxation when they file.

While there are different provisions relating to different income types contained in each tax treaty, the most common way of avoiding double taxation for expats is by filing Form 1116 to claim the Foreign Tax Credit.

“If you are a U.S. citizen or resident alien residing overseas, you are allowed an automatic 2-month extension to file your return.” – the IRS

When are taxes due for expats?

After having filed and claimed either the Foreign Tax Credit or the Foreign Earned Income Exclusion, most expats don’t owe any US tax.

Expats who do owe US tax have to pay by April 15th each year, just like Americans living in the US, even if it’s an estimated amount. Otherwise, interest and possibly penalties will be applied.

Expats don’t have to file their US tax return by April 15th however, as they receive an automatic two-month filing extension until June 15th, to give them time to file their foreign taxes first.

Expats can also request an additional extension until October 15th by filing Form 4868, just like Americans in the States.

If they still require more time beyond October 15th, they can request a final, further, discretionary extension in writing until December 15th.

The only other date that expats should be aware of is March 15th, for filing forms relating to foreign registered trusts, S-Corps, and partnerships.

Expats who are behind with their US tax filing may be able to catch up without facing penalties under an IRS amnesty program called the Streamlined Procedure.

The Streamlined Procedure is a voluntary compliance program that requires Americans living abroad to file their last three missed federal tax returns, and last six FBARs (Foreign Bank Account Reports), and self-certify that they haven’t been willfully avoiding their responsibilities.