Will FATCA be Repealed? 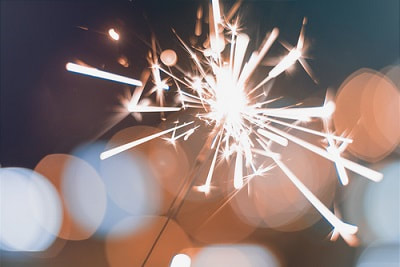 FATCA, or the Foreign Account Tax Compliance Act, is a law introduced in 2010 to help prevent offshore tax evasion that requires foreign financial institutions to report their American account holders to the IRS, including contact details and account balances, and Americans with assets abroad that meet certain requirements to report them to the the IRS.

The US’ dominant position in global financial markets allows the US to oblige foreign financial institutions to hand over their US account holders details by threatening those that don’t with a withholding tax of up to 30% of the value of their US dollar transactions, along with a possible ban from trading in the American money markets. Implementation has been phased in over a few years, and the penalties only started being applied in July 2016. To date around 200,000 foreign financial institutions are complying.

Foreign Financial Institutions include banks, credit unions, brokerages, funds, and in some cases trusts (that hold and invest assets, such as family and discretionary trusts).

This additional filing burden has affected hundreds of thousands of ordinary Americans living abroad whose pensions, savings, or investments meet the threshold. Aside from the additional filing requirements, there is also a sense that the federal government is overextending its reach by meddling in US citizens’ personal finances across the globe.

“Like FATCA and its supporting intergovernmental agreements, GATCA requires participating countries to take domestic measures to promote information gathering and to exchange information with partner countries.” – The Street

Alongside FATCA, the US has signed intergovernmental agreements with most foreign governments to exchange tax information, giving it a clear picture of US expats’ financial situations.

Some expats are hoping that with the imminent change of government, FATCA might be repealed. Both candidates however are wary to repeal FATCA, as this would not only reduce revenue, but also send out the signal of being soft on tax evasion. Hilary Clinton has tried to appease expats with vague statements such as ”I share your concerns”, and “I am committed to working with Americans living abroad and members of Congress to find the right solutions”. Donald Trump meanwhile hasn’t addressed expats’ FATCA concerns at all, but is committed to reducing taxes in general, which implies that while the filing burden and snooping would remain the same, expats (along with Americans back home) would pay less tax at least.

Another reason why a repeal of FATCA is unlikely is that there is now international agreement (and mutual self-interest) in sharing tax and banking info between governments to prevent offshore tax evasion. While other countries can’t compel foreign financial institutions to hand over information the way the US does, they have got round this by compelling their own banks to hand over information and then agreeing to share this data between them.

In 2014, 94 countries signed up to implement a common reporting standard and to start sharing bank and tax data starting in 2017.

The idea of global intergovernmental tax and financial data sharing is sometimes referred to as GATCA (a sort of global FATCA), and it is very much a reality.

In the context of this international tax and banking data sharing and the implementation of GATCA, as well as a large US national debt, it’s very hard to imagine FATCA being repealed any time soon. It’s not all doom and gloom, however, as it is possible that the law could be ‘tweaked’ to ease the burden on millions of ordinary American expats. Congress is considering, and American Citizens Abroad is lobbying for, a ‘same country exception’, where when an American is resident in a foreign country, they would be exempted from declaring their assets in that country. This is a common sense suggestion that may yet be included in amendments being considered to FATCA.