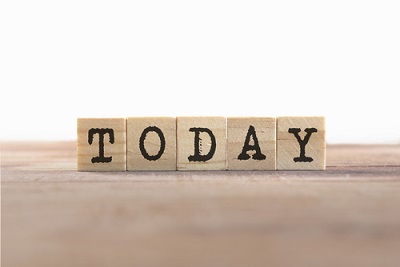 As of today, the IRS is now accepting returns for the 2019 tax year. For Americans in the states, the 2020 filing deadline is Wednesday April 15th, and while expats receive an automatic 2 month extension until Monday June 15th, they still have to pay any tax they might owe, even if an estimated amount, by April 15th.

Several things have changed with IRS tax filing since last year that expats should be aware of.

The IRS introduced a new Form 1040 in 2019, however they are now introducing another new format for filing in 2020.

The new, new Form 1040 is bigger than the postcard sized version introduced last year, but smaller than the previous version.

As the majority of expats employ a tax preparer, they won’t necessarily notice the change, but those who do their own taxes will have to start looking for fields that have been moved around the form and schedules again.

Reducing your US tax bill

Expats who earned over $12,200 in 2019, globally, have to file US taxes, regardless of where they live, whether there’s a tax treaty, or in which currency or country their income was earned or sourced.

“The Internal Revenue Service (IRS) has announced that tax season will open on Monday, January 27, 2020. The IRS will begin accepting paper and electronic tax returns that day.” – Forbes

When they file however, they can claim exclusions or credits to reduce their US tax bill.

Expats who pay more in foreign taxes in their country of residence than their US tax liability can claim the Foreign Tax Credit by filing Form 1116, which allows them to claim US tax credits of the same amount as the foreign taxes that they’ve paid abroad.

Other expats can claim the Foreign Earned Income Exclusion on Form 2555, which allows them to exclude the first $105,900 (for 2019) of their earned income from US tax. To qualify, expats either have to prove that they spent 330 days outside the US during the year, or that they are permanent residents outside the US.

While many expats fall into the above two categories, there are of course many who don’t, and expats should always seek advice from an expat taxes specialist to ensure that they file to their maximum benefit based on their particular situation.

Expats should also remember that if they had over $10,000 in total in foreign registered financial accounts that they had access or any control over in 2019 then they are required to report all their foreign financial accounts by filing an FBAR (Foreign Bank Account Report).

Qualifying accounts include bank, investment, joint, and business accounts, even if not registered in the expat’s name.

Penalties for missing or incorrect FBAR filing are steep, and the IRS is receiving the same information directly from foreign banks now, so they know who should be filing!

Expats who are behind with their US tax filing can catch up without facing penalties under the IRS Streamlined Procedure program. Contact us for more information.

Sit back and enjoy the ride

Filing US taxes from overseas is rarely pleasurable, but Bright!Tax definitely takes the hassle out of it! We do the heavy lifting so you can focus on enjoying the adventure of living abroad.