How Does the 2021 US Tax Deadline Change Affect Expats? 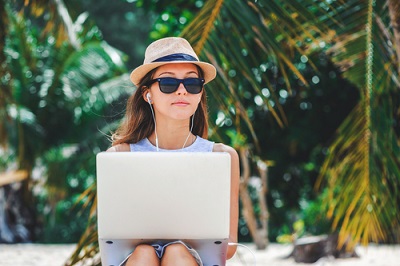 On March 17, the Treasury and the IRS announced that the 2021 federal income tax return filing deadline for individuals was being moved back to May 17 for filing 2020 taxes. The new due date is May 17 rather than May 15 because May 15 falls on a Saturday this year.

The extension also applies to federal income tax payments before penalties and interest are applied.

Why has the IRS changed the 2021 tax filing deadline?

In its statement, the IRS said that it had made the change for two reasons: firstly, to give Americans who are affected by the pandemic more time to get their finances in order and pay any tax that they may owe, and secondly to give the IRS some breathing room as they grapple with staff shortage, remote working, updating their systems, and distributing a new round of stimulus checks.

How will the change affect Americans filing from overseas?

All Americans, including those living abroad, are required to file a US federal tax return every year, reporting their worldwide income. However, Americans filing from overseas already receive an automatic two month filing extension until June 15.

This extension for expats covers tax filing but not tax payments though, as most Americans filing from overseas claim either the Foreign Earned Income Exclusion on Form 2555 or the Foreign Tax Credit on Form 1116 and so don’t owe any US income tax. Furthermore, expats who require more time to file can request an additional extension until October 15 by filing Form 4868, just like Americans in the States.

This means that the only expats who may be impacted by the change to 2021 Tax Day to May 15 are those who owe US income tax.

All Americans, including expats, who owe estimated US tax payments must still pay by April 15 2021 however.

What about state taxes?

Some Americans living overseas have to file a state tax return in the state where they last lived, too. This is typically required if they have retained ties to the state such as dependents, financial accounts or property, or if they are only living abroad part of the year, or temporarily. The rules vary in each state.

Many, though at time of writing not all, states have changed their 2021 tax filing due dates to May 17, too. The full list of states that have and haven’t can be found here.

Why should expats still file as soon as possible?

Many expats receive tax refunds, even if they don’t pay any US tax. This is because many can claim refundable tax credits, such as the refundable Child Tax Credit. The IRS advises that Americans who are due refunds should file as soon as possible.

Why do US expats have to file US taxes?

American citizens living abroad have been required to file US taxes since the Civil War, however it’s only been in the last few years in the age of digital global finances that the requirement has become enforceable. This is due to international financial information exchange programs that mean Uncle Sam can now see who is paying foreign tax and even foreign bank account balances, globally.

Seek advice and catch up

Filing from overseas is more complex than filing in the States, due to foreign currency conversions, and the additional forms required to claim credits and exclusions for expats and report foreign accounts, investments, and business interests. For this reason, it’s almost always beneficial for Americans filing from overseas to seek advice from an expat tax specialist.

American who have been living abroad but not filing can often catch up without facing penalties under an IRS amnesty program, such as the Streamlined Procedure.