What Are the 2022 Tax Deadlines and Extensions for US Expats? 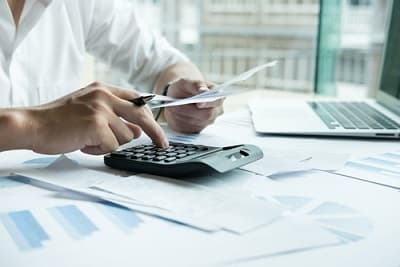 ue to the US having a citizenship-based tax system, the ten million Americans living abroad are subject to US tax reporting rules on their overseas income, accounts, businesses and assets.

The US has tax treaties in place with around 60 other countries, but they don’t prevent Americans living abroad from having to file and pay US taxes.

They do however contain provisions that Americans living abroad can claim to avoid double taxation. This means that the majority of Americans who live abroad won’t owe any US tax, as long as they file and claim these provisions.

Overseas Americans are subject to the same minimum income filing thresholds as Americans in the States, wherever in the world (and in whatever currency) their income is sourced.

For filing in 2022 (so for tax year 2021), these minimum income thresholds were $12,550 of any income, or just $5 of any income for Americans married but filing separately from a foreign spouse, or just $400 of self-employment income.

So what are the tax filing deadlines (and extensions) for Americans abroad filing in 2022?

Americans living abroad get an automatic two month filing extension, so the date you have to file by in 2022 is June 15.

Americans living abroad get an automatic two month filing extension, so the date you have to file by in 2022 is June 15.

If you still need more time, you can mail the IRS to ask for a discretionary extension until December 15.

US tax payment deadlines for expats

Most Americans living abroad won’t owe any US tax as long as they file and claim either the Foreign Tax Credit or the Foreign Earned Income Exclusion. Many, in fact, receive unexpected refunds, such as expat parents who claim the refundable US Child Tax Credit.

Some expats, typically self-employed expats, higher earners, or Americans living in countries with very low or no income tax whose income isn’t earned (e.g. income from investments or rent), may owe some US tax.

Despite the automatic filing extension to June 15 for expats, any US income tax due still has to be paid by April 18 (April 15 is a Washington DC holiday), even if it is an estimated amount.

Other reporting deadlines for expats

Americans who had over $10,000 in non-US registered foreign financial accounts, in total, at any time during 2021, have to file an Foreign Bank Account Report (FBAR) in 2022.

Foreign accounts include checking, saving, investment, pension, and joint accounts, and business accounts, even if they’re not registered in your name but you have signatory authority.

The FBAR filing deadline is October 17, 2022, so most Americans abroad file their FBAR at the same time as their tax return.

There are no tax implications from reporting foreign financial accounts, but there are penalties for not filing FBARs, and foreign banks and other firms are also reporting expats’ balances to the US Treasury.

Some forms are also due on March 15 2022, such as Form 3520-A for owners of foreign registered trusts, as well as reporting for US-registered S-Corporations and partnerships.

If you haven’t filed previous years, you may be able to catch up without paying any penalties using an IRS amnesty called the Streamlined Procedure.

Whatever your circumstances, it’s always wise to consult an expat tax specialist to ensure you file to your maximum advantage.