The Best Tax Software for US Expats 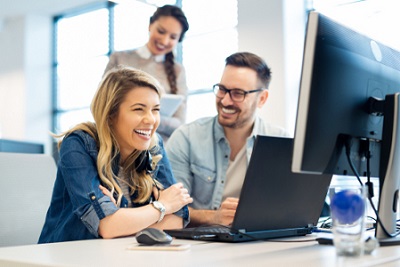 The majority of Americans use tax software to file their US taxes. In the light of this, it’s strange that the IRS has been changing Form 1040 over the last couple of years, as very few people use it. Instead, the majority either employ a tax preparer, who uses software, or input their information into online software themselves.

However, there are fewer effective tax software options for US expat. This is because filing US taxes from abroad is more complicated.

Nonetheless, there are some tax software options for expats.

What should expats look for in a US tax software?

The first consideration for expats is whether a software contains all of the forms that expats need. These include those already mentioned (IRS Forms 2555, 1116, and 8938, and FinCEN Form 114 for FBAR filing), as well as forms for claiming tax treaty provisions and avoiding double social security taxation.

Exactly which forms each expat needs depends on their particular situation, including where they live, how long they’ll be living there, their income level, where their income is sourced, and their wider finances.

Another very important factor when comparing US tax software for expats is customer support, as expats very often have questions about using the software, as well as about US filing from abroad. If they can’t easily speak to someone who is knowledgeable in both of these areas, the process will be difficult.

Tax Software options for US expats filing from abroad

“Some expats are better off taking the Foreign Tax Credit (Form 1116) instead of the exclusion on Form 2555. However, once you start using one method, you cannot switch to the other method without first asking the IRS for permission.” – the Balance

TurboTax – millions of Americans who live in the States file with TurboTax, however it’s not a great option for expats because it doesn’t have all of the forms that expats often need. While it does have Forms 2555 and 1116, it doesn’t have Form 8833 for example, which is used for claiming tax treaty provisions, and neither does it offer FBAR filing.

Tax Act is another software option for American expats. Similarly to TurboTax, while it offers Forms 2555 and 1116, it doesn’t offer the other forms that expats often need.

MyExpatTaxes is a recent entry into the tax software market. It is slightly different, in that rather than providing a form for expats to fill in, it asks a series of questions and populates the tax forms based on the answers.

Designed for expats, it’s definitely better than the other options. However, the flaw remains that it can’t offer the strategic advice that expats can benefit from.

Strategic advice is helpful for almost every expat. Without it, the difficulty is not just knowing which forms need to be filed to achieve compliance, but knowing which forms are the most appropriate for an individual’s circumstances to minimize their tax bill in their best long – as well as short term – interest, and, furthermore, knowing how to fill them in.

Furthermore, no tax software is able to offer advice regarding the different IRS amnesty programs such as the Streamlined Procedure available to expats who aren’t up to date with all their US filing and reporting.

For these reasons, expat tax specialist firms often save expats far more money than they cost, as well as a whole load of time and hassle, by giving advice based on experience that a software just cannot provide.