Comment: US Ambassador’s Letter to Swiss Banks is Whistling in the Wind 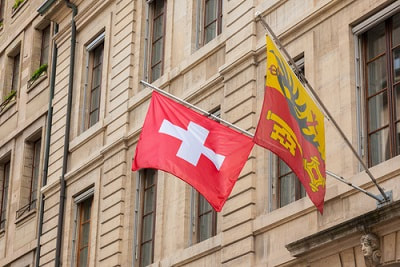 It was recently reported by Bloomberg that Suzan LeVine, the US Ambassador to Switzerland, has sent a letter to the CEOs of the country’s 266 banks asking them to offer banking services to the 20,000 US expats living in Switzerland.

UBS and Credit Suisse, two of the country’s biggest banks, have already put in place procedures for doing business with US expats.

Along with around 40 other Swiss banks currently offering services to US citizens however, they are being highly selective about who exactly they’ll do business with and exactly which services they’re offering.

They are considering for example the net worth of the applicant, on the grounds that less wealthy clients are not worth the trouble in terms of the reporting required to US tax authorities.

Another factor making Swiss banks reluctant to deal with Americans is the US criminal prosecution of Swiss banks that has been ongoing for the last few years. Several of the banks that received Ms LeVine’s letter are either still awaiting verdicts in US courts, or are waiting to learn the scale of their fines. The fines aren’t to be sniffed at, either: UBS was fined $780,000,000, while Credit Suisse topped the bill with $2.6 billion.

But how did we reach a situation where Swiss banks, along with those in many other countries, are refusing to provide accounts and other banking services to US citizens, as well as in some cases to foreign nationals who are related or married to Americans?

The answer is FATCA, the Foreign Account Tax Compliance Act, a 2010 US law that compels foreign financial institutions (FFIs) to report their US account holders, including their name, address, and account balance to the IRS.

“Unlike most other countries, the U.S. taxes its citizens on all income, no matter where it’s earned or where they live.”
– Sophie Yan, CNN Money

Following several years of legal challenges and confusion regarding implementation, the reporting finally came into force in July. Currently over 200,000 foreign financial institutions, including banks and investment firms, are complying.

US citizens (and green card holders, and anyone with a nominal right to US citizenship, even if they haven’t previously claimed a passport) are required to file a US federal tax return each year, and potentially pay US taxes even on their foreign earnings.

FATCA allows the US government to know exactly which citizens living abroad have what in their bank accounts, so it can compare this information with their annual tax returns (or flag the absence of one).

The Treasury has pulled off this feat of what has often been described as ‘overreach’ by imposing fines on non-compliant banks if they want to trade in US financial markets – which in practice includes every bank and investment firm in the world.

FATCA doesn’t stop there though: it also requires US citizens abroad to report their financial assets abroad if they meet certain value thresholds.

The law was enacted to help prevent tax evasion abroad, however it has unintentionally not only increased the filing burden for US expats throughout the world, but also in many cases made it difficult for Americans abroad to have a bank account (or other banking services, such as credit or loans), which is the situation in Switzerland.

While there are some innovative solutions appearing for expats struggling to open bank accounts, it’s hard to imagine any meaningful change to FATCA happening any time soon, despite Ms LeVine’s well-intentioned response to the genuine issue.