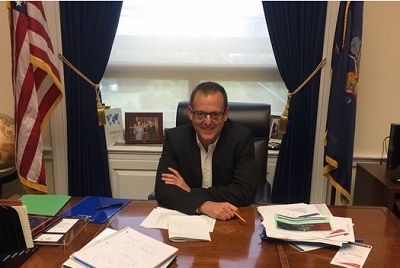 Leading US tax attorney Monte Silver has been locked in a legal action with the IRS for over a year, in defense of American expats with a small business registered abroad.

All American citizens, including expats, are required to file US taxes every year, reporting their worldwide income and their offshore financial accounts and businesses.

The suit focuses on the unintentional , unfair impact the Transition Tax, introduced in the Trump Tax Reform (the 2017 Tax Cuts and Jobs Act), has on expats with small businesses that are incorporated abroad.

The Transition Tax was dubbed the ‘Apple Tax’ at the time, as its target was offshore registered corporate giants such as Apple that, due to a loophole in US tax law, were stockpiling their profits abroad to avoid paying US corporation tax. The Transition Tax consisted of a one time 15.5% tax on these accumulated offshore profits.

The tax also applied to small businesses owned by Americans abroad though, and Silver, a US expat small business owner himself, argued that the IRS didn’t review the impact the new tax would have on small business owners sufficiently when formulating the law, as is required under the 1980 Regulatory Flexibility Act.

“Global intangible low-taxed income, or GILTI, is a concept added to the Tax Code by the Tax Cuts and Jobs Act that created a new category of foreign income that substantially altered the landscape of international tax” – Accounting Today

Last week, both Republicans Overseas and The Center for Taxpayer Rights filed amicus briefs in support of the suit. It is unusual for a Republican Organization to file a brief in support of a suit going against a Republican law. The suit is non-partisan though (Silver also contacted Democrats Abroad, but received no response).

Now, Silver is turning his sights on another tax that was also imposed on small businesses in the Tax Cuts and Jobs Act: GILTI.

GILTI is an acronym for ‘Global Intangible Low Tax Income. It is applied to the profits after allowable deductions of any foreign registered firm that is at least 50% owned by Americans, at the income tax rate of the taxpayer filing.

The tax has had a huge impact on the tens of thousands of American expats with small businesses, often causing them to have to restructure their companies (e.g. by setting up a US parent company) to reduce their GILTI liability, along with additional compliance costs, and the cost of the tax itself.

The legal action has been launched now as it is now over a year since the new rules came into effect. Monte has described it as a David vs Goliath scenario, but one in which he hoped to replicate the success he’s had with his Transition Tax case.

If you have any questions or doubts about filing US taxes from abroad, we strongly recommend that you get in touch.