FATCA Bank Account Closure Threat for US Expats in France 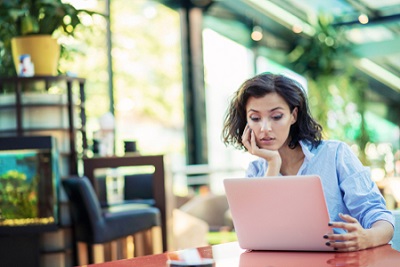 American expats living in France, like all Americans around the world, are required to file US taxes, reporting their global income. When they file they can claim one or more IRS measures such as the Foreign Tax Credit and the Foreign Earned Income Exclusion that allow them to avoid double taxation.

Expats are also required to report their foreign bank and any other financial (e.g. pension, and investment) accounts that they have control or signatory authority over if the combined balances of these accounts exceeds $10,000 at any time during a year. They do this by filing an FBAR (Foreign Bank Account Report) online.

Penalties for not filing an FBAR are steep, and the IRS is able to check the information provided, or see if an FBAR should have been filed but wasn’t, thanks to information received directly from foreign banks under FATCA, the 2010 Foreign Account Tax Compliance Act.

FATCA compels foreign banks to provide the IRS with balance and contact information relating to all American citizens (and green card holders), or otherwise pay a tax when they trade in US money markets.

Nearly all banks and other foreign financial firms are now complying.

French banks however have struggled to comply with FATCA, which requires them to also ask their American account holders for their ITIN (Individual Tax Identification Number), or their US social security number. Many Americans living in France, including thousands of so called Accidental Americans, don’t have either of these though.

“The 40,000 bank accounts in question are understood to be those of individuals who are either Americans or dual American and French citizens. ”

The IRS has allowed banks to just supply American account holders’ date of birth instead, however this relaxation of the rules is due to expire on December 31st 2019, at which point, to avoid the FATCA non-compliance tax, foreign banks may have to close all their American clients’ bank (and other financial) accounts if they can’t provide a US SSN or ITIN.

French Banking Federation Chairman Laurent Mignon has written to French Foreign Minister Bruno Le Maire asking for urgent clarification of the situation, which may affect around 40,000 French residents with American citizenship (or who have the right to American citizenship).

It is unclear whether US expats in other countries will also be affected.

Solutions for US expats with US compliance issues

US expats who are behind with their US tax and/or FBAR filing can catch up without facing penalties under an IRS amnesty program called the Streamlined Procedure, so long as they do so before the IRS writes to them. We recommend that expats in this situation contact a US expat tax specialist at their earliest convenience to ensure that they become compliant and also do so in the most long-term tax efficient way possible given their situation.

Expats who receive a letter from their foreign bank requesting information should also consult with an expat tax specialist, as not complying, or replying incorrectly or incompletely could affect their ability to open bank or investment accounts, or indeed to continue to have such accounts.

While it’s possible that the IRS will provide a further extension allowing foreign banks to provide just a birth date rather than an SSN or ITIN as part of their FATCA reporting, it’s unlikely that this will be extended indefinitely, meaning that American citizens abroad will at some point have to ensure that they are US tax compliant.

Accidental Americans are in a particularly difficult situation, as they may have no links to the US, however it’s not possible to renounce US citizenship without first getting up to date with US tax filing.