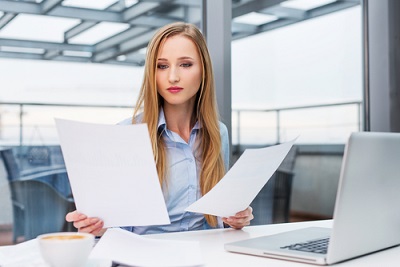 UPDATE 11/24/21 – The bill has been split into two separate parts, covering infrastructure and spending. The infrastructure spending part was passed on Friday November 10, while the more controversial Build Back Better bill is currently in the Senate.

One of President Biden’s first flagship announcements was a multi-trillion dollar infrastructure spending plan due to be financed through additional borrowing, some significant tax rises, and enhanced tax collection through an expanded, souped-up IRS.

Since first announced though, the proposals have been bogged down in protracted negotiations, reduced in scope, and ultimately transformed.

In particular, concerns from both Republicans and moderate democrats that tax hikes will damage the economy and so reduce rather than increase tax revenue have meant that almost all of the headline tax hikes probably now won’t transpire.

For example, the headline increase in corporation tax from 21% to 28% looks set to be abandoned. The Tax Cuts and Jobs Act in 2017 changed the marginal corporate tax rates to a flat 21%, which led to a huge increase in employment. An alternative system with a minimum corporate tax rate has been proposed to prevent companies claiming too many credits and deductions, however there are fears that this could impact important corporate investment in research and development.

Income tax and capital gains tax increases may also need to be shelved to find a compromise that will allow the bill to pass.

Instead, the current proposal includes a 5% tax on incomes over $10m, a further 3% on incomes over $25m, and a minimum corporation tax of 15% on larger companies (which often reduce the actual rate they pay thanks to tax breaks).

The Build Back Better bill will nonetheless affect many expats.

Proposed new IRS powers aimed at reducing tax evasion are also coming under sustained attack in Congress, in particular a plan to force US banks to systematically report account inflows and outflows to the IRS.

“President Joe Biden said on Thursday he was close to striking a deal to pass major infrastructure and social spending measures, with just a handful of issues still under debate, after weeks of intraparty bickering among his fellow Democrats.” – CNBC

The proposal mirrors the 2010 FATCA law that has negatively impacted expats around the world by requiring foreign banks and investment firms to report their American account holders’ balances. Many foreign banks have opted to refuse to serve Americans rather than comply.

How will the current proposals affect expats?

Some elements that will affect expats have made it through to the final version of the Build Back Better bill.

W
Expats with a foreign registered corporation will no longer be able to reduce their GILTI tax by 50%, but instead by 28.5%, meaning a 15% effective rate rather than 10.5%. However, they will be able to claim 95% tax credits against foreign corporation tax paid, rather than the previous 80%. This means that expats with a foreign business need to look closely at how their situation may be affected, which could lead to another round of corporate restructuring to ensure maximum tax efficiency.

A significant increase in the Child Tax Credit to $3,600 a year has support from both parties as a way to increase support for struggling families without incentivizing not working, and is due to be extended into 2022.

The IRS is set to receive major investment in its ability to police tax evasion, both domestically and internationally, through 75,000 more agents and modernized IT systems.

As the IRS is receiving American expats’ balance and contact information from nearly all foreign banks and investment companies, gaining the ability to compare these details with tax returns filed from abroad, and so identify those expats who aren’t filing, will have a huge impact on the many Americans living abroad who should be filing US taxes but may still be unaware that they’re meant to.

What should expats do to prepare for the changes?

All Americans are required to file US taxes every year, reporting their worldwide income, including those living abroad, even if they are also paying foreign taxes or if a tax treaty has been signed with their country of residence.

When American expats file from abroad, they can claim a number of special credits and exclusion that mean the vast majority don’t end up owing any US tax -as long as they file.

This means that tax filing from abroad is a slightly burdensome but otherwise benign annual task that is the cost of retaining the rights and privileges of American citizenship.

Those US expats who aren’t filing from abroad however should ensure that they get caught up as soon as possible to avoid possible future contact with the IRS. Most are eligible from an IRS amnesty program called the Streamlined Procedure that allows them to catch up without paying back taxes or penalties.