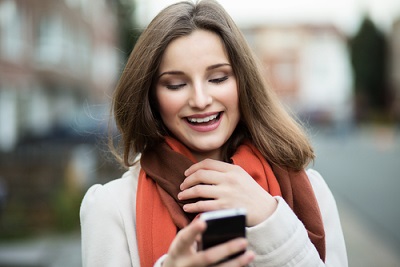 While Americans living abroad have been required to file US taxes reporting their global income, since the Civil War, it is only the last few years that the US government has been able to enforce the requirement. Americans with foreign registered financial (i.e. bank or investment) accounts are also required to report them annually by filing a Foreign Bank Account Report (FBAR).

The IRS achieved being able to enforce filing from abroad due to the proliferation of secure electronic information sharing, and following the global financial crisis of 2008, which prompted them to look for new ways to raise revenue.

In 2010, the US passed the Foreign Account Tax Compliance Act (FATCA) in 2010, which compels foreign banks and investment firms to provide information about their American account holders, including account balance and contact information, directly to the US government. The law stipulates that firms that don’t comply pay a steep tax when they trade in US markets, which in practice affects all foreign banks.

The US also has tax information sharing agreements with many foreign governments, which combined with FATCA gives them an unprecedented ability to look at US expats’ finances and check whether they are filing US taxes and doing so accurately and fully.

The combination of these laws and agreements has had profound consequences for Americans living abroad, who can no longer hope to hide. Millions more are now filing US taxes, often as well as foreign taxes. The IRS provides measure such as the Foreign Tax Credit and the Foreign Earned Income Exclusion to avoid double taxation that expats can claim when they file). One particular group that has been adversely affected though is Accidental Americans.

“The IRS FATCA guidance page now states that failure to obtain an account holder’s US ITIN is not necessarily ‘serious non-compliance,’ and does not imply that the client’s account must automatically be closed.” – International Investment

Accidental Americans are defined as “individuals who, by accident of birth, inherited US citizenship but have subsequently maintained no ties to the country, having never lived, worked or studied there, and [consequently] do not hold US Social Security numbers.”

To comply with FATCA, foreign banks have to ask all American citizens (including anyone with the right to American citizenship) to provide their US social security number or ITIN (Individual Taxpayer Identification Number). Accidental Americans are unable to do so however.

The US government had introduced an exception to this rule allowing just a date of birth to be provided if no SSN or ITIN was available without banks being considered non-FATCA compliant and so subject to fines. It was recently reported that this exception was due to expire on December 31st 2019 though, at which time hundreds of thousands of Accidental Americans around the world would have potentially had their bank accounts closed to enable their banks to avoid FATCA non-compliance.

Last week however, the IRS published new guidance saying that not having a US SSN or ITIN wasn’t grounds for closing an account, and that banks wouldn’t be penalized for this.

The IRS recently also announced a new procedure called Relief Procedures for Certain Former Citizens for Accidental Americans to renounce their US citizenship without facing any penalties for previous US tax non-compliance.Regular US expats who are behind with their US tax or FBAR filing can catch up without facing penalties under another program called the Streamlined Procedure, so long as they do so voluntarily before the IRS contacts them.