Can Dual Citizens Renounce US Citizenship Without Paying the Expatriation Tax? 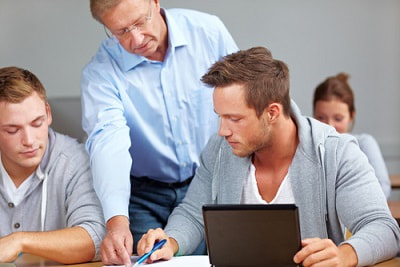 Even though US expats filing US taxes from abroad can claim one or more exemptions to avoid double taxation, some Americans who have citizenship of another country and who have settled abroad permanently deem it better to renounce their US citizenship so as not to have to continue filing US taxes at all.

To renounce American citizenship from abroad, Americans have to follow certain procedures, including ensuring that they are also a citizen of another country (so that they aren’t left stateless after expatriating), attending an interview with a US diplomatic or consular officer in a US embassy or consulate, and paying a $2,350 exit fee.

Additionally, expats who meet any of the following three conditions are considered ‘Covered Expatriates and have to pay the expatriation tax:

– average annual net income tax for the 5 years ending before the date of expatriation is more than a specified amount that is adjusted for inflation (around $162,000 for 2017 tax year). Please note that this figure refers to US income tax liability, not income level.

– net worth is $2 million or more on the date of expatriation or termination of residency.

– failure to certify on Form 8854 that you have complied with all U.S. federal tax obligations for the 5 years preceding the date of expatriation or termination of residency.

“In recent years there has been a marked upswing in expatriations, and tax considerations are often at least a part of the equation. Moreover, these published numbers are probably lower than the actual number of those who expatriated.”
– Forbes

More American citizens overseas who consider renouncing their US citizenship fall into the third category rather than the first two, as they often want to renounce so as not to have to catch up with their US tax and FBAR filing (and the numbers renouncing have risen dramatically over the last few years since the 2010 Foreign Account Tax Compliance Act as the IRS has gained the means to enforce US tax filing for Americans living abroad).

It is however not actually too difficult for most expats to catch up with their US tax filing without facing any penalties (and in most cases without owing any US back taxes), if they take advantage of the IRS Streamlined Procedures amnesty program before the IRS writes to them.

For those who are considered covered expatriates, the expatriation tax is calculated as the income tax that would be due on the value of the citizen’s assets that have a theoretical capital gain worth over $699,000 (for 2017 tax year).

There is however an Expatriate Tax exception that covers many dual citizens, including almost all so-called Accidental Americans (those people who have a right to American Citizenship through a parent or grandparent, or through having been born in the US to foreign parents who were there temporarily). The exception prevents them from having to catch up with their US taxes before renouncing US citizenship.

The exception covers those dual citizens who were born with both US and another nationality (that they still have and where they continue to pay taxes), and who haven’t been a US resident for more than 10 out of the last 15 tax years.

While American citizens abroad who meet these criteria won’t be subject to the expatriation tax, they will however still have to pay the exit fee of $2,350 if they go ahead and renounce their US citizenship.