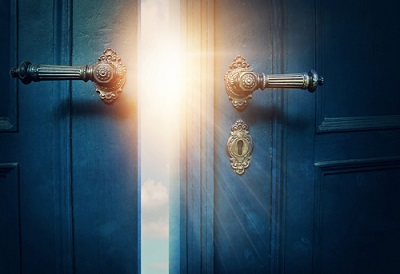 President Trump has announced that he is preparing an executive order to end the US policy of birthright citizenship, meaning children born in the US to foreign parents will no longer automatically be granted US citizenship.

American citizenship comes with benefits, but also obligations, including having to file US taxes on their worldwide income for their whole lives, even if they live abroad, and even if they never claim an American passport.

Trump’s intention is to remove an incentive for illegal immigrants to head to America so that their children receive the benefits of US citizenship. It would also affect so called ‘Accidental Americans’ though.

Accidental Americans are people who were born in the US while their parents were there temporarily, perhaps on a student or work placement (or even just on holiday), before returning to another country.

Many of these children have enjoyed the benefits of their American citizenship, and may not even be aware of it, however the US still considers them to be US tax payers, and can cause trouble for them, not only if they visit the US, but also when they try to access banking or investment services in another country.

The Foreign Account Tax Compliance Act, more often referred to as FATCA, was passed in 2010 in the wake of the financial crisis to help prevent Americans avoiding US taxes by keeping their money offshore.

It requires all foreign banks and other financial firms (including pensions and investments firms) to report their US taxpayer account holders directly to the IRS, including their contact and balance information.

FACTA achieves this by imposing a steep tax on firms that don’t comply when they trade in US markets (which almost all do). Currently over 300,000 foreign banks and investment firms are complying (so nearly all).

“The American president said he is preparing an executive order with White House legal staff that would reverse so-called birthright citizenship, a policy that grants automatic citizenship to those born on US soil.”
– International Investment

In spite of an uproar about invasion of privacy and government overreach, the law was passed giving foreign firms a few years to comply, so that it is only since 2016 that the IRS has been receiving full US account holder information from foreign banks and investment firms.

To comply with FATCA, many foreign banks have either asked their American acount holders to certify that they are US tax compliant before offering them services, or refused to offer them services at all.

Accidental Americans have also fallen into this net, with many suddenly finding themselves unable to access banking or investment services in what they may well consider their home country.

It’s unclear whether President Trump’s planned executive order will alleviate the problem for existing accidental Americans , or whether it will just apply to those born after the date of the order.

Some legal experts have claimed that President Trump can’t revoke birthright citizenship by executive order because it’s enshrined in the 14th Amendment of the Constitution (or not without amending the Constitution at least).

According to CNBC however, the president has received legal advice saying that this isn’t the case, and that he is able to.

As such it’s likely that President Trump will find his Executive Order mired in legal challenges.

Expats, including Accidental Americans, can actually catch up with their US tax filing very easily and without facing penalties under an IRS amnesty program called the Streamlined Procedure.

The Streamlined Procedure requires Americans who weren’t aware of the requirement to file US taxes from abroad to file their last three tax returns, and up to their last six FBARs (for the years that they qualify), and self-certify that their previous failure to file wasn’t willful. They can also claim one or more exemptions that the IRS has made available that mean most expats won’t owe any US taxes.