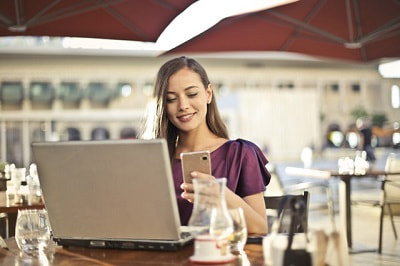 All American citizens and green card holders are required to file a US tax return if they earn over around $10,000 (or just $400 of self-employment income), wherever in the world they live or earn.

Expats are also subject to extra reporting requirements too: depending on their situation, they may have to report their foreign bank and investment accounts, and their overseas assets.

On top of all of the above, American entrepreneurs and business owners living abroad also have to report their foreign business income. The key to doing this is of course strategizing to do it to their best advantage.

In this article we’ll look at American expat entrepreneurs’ filing requirements, including some strategies to save money.

Americans with foreign financial accounts of any type with a cash balance, including bank, investment, mutual or savings accounts, is required to report them if their accounts’ aggregate (so combined) total balance is at least $10,000 at any time during the tax year.

Qualifying accounts also include any that the taxpayer has control or signatory authority over, which for expat entrepreneurs may include their business accounts. So if their business bank account (which they have signatory authority over), their personal savings account, and an investment account for example have a combined total balance of $10,001 for just one day, and assuming that all these are held in foreign institutions, they will have to report all their foreign financial accounts by filing FinCEN form 114, also known as an FBAR (Foreign Bank Account Report).

“U.S. entrepreneurs have long recognized that a world of opportunities is available to them if they are willing to expand beyond domestic borders. Information technology has allowed the global economy to become considerably larger and has rendered lucrative markets abroad more accessible than ever.” – Entrepreneur

If your business is a limited liability corporation (LLC), you are the sole owner, and it is registered in the US, the IRS considers it a Disregarded Entity for tax purposes. This means that the company’s reporting flows through your tax return, rather than requiring separate corporation tax filing. Besides less paperwork at tax time, this means that you can deduct your business expenses on your personal tax return.

If your business is an LLC but is registered abroad, you have to elect to have it treated as a Disregarded Entity though, by filing form 8832.

If your business is registered abroad but isn’t an LLC, you are required to report it by filing form 5471 each year. You must also file form 5471 if you own over 10% of any foreign corporation that isn’t an LLC, or if you’re part of a group of US investors that owns at least 50% of a foreign business.

FATCA (the Foreign Account Tax Compliance Act) requires expats with foreign assets – excluding tangible assets such as property or cars – worth at least $200,000 to report them on form 8938. This may affect expat entrepreneurs with a foreign business, depending on the business’ value.

While any taxes due are still due by April 15th, Expats have until June 15th to file, and can request a further extension until October 15th.

Expats are taxed on their worldwide income, regardless of any tax treaties or foreign taxes paid, however there are some exemptions available to avoid double taxation.

These include the Foreign Earned Income Exclusion, which allows Americans who live abroad to exclude the first around $100,000 of their income from US taxes, and the Foreign Tax Credit, which gives Americans who pay taxes in a foreign country a $1 tax credit for every dollar of tax they’ve paid elsewhere. In both cases, these exemptions have to be actively claimed when filing a tax return. Between them, they take most expats out of US tax liability all together though.

If you’ve been living abroad for a while but didn’t realize that you were still supposed to file US taxes, there’s an IRS amnesty program called the Streamlined Procedure that lets you catch up without facing any penalties.

Penalties for not filing are harsh, particularly FBAR penalties which start at $10,000 for each year an FBAR wasn’t filed. As such, we strongly recommend that if you have any questions or doubts about your US tax situation as an American entrepreneur living abroad, that you contact a US expat tax specialist for some advice.