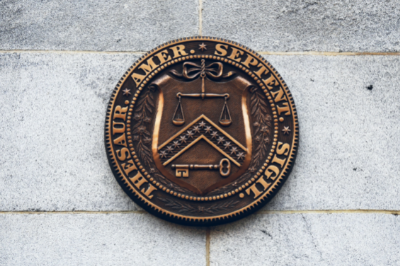 Americans have worked within a citizenship-based taxation system for well over 100 years. In other words, US citizens (as well as permanent residents) must report their worldwide income and file a federal tax return annually.

Only in the last decade has this had any real impact on Americans living abroad. The Foreign Account Tax Compliance Act was introduced in 2010 to fight tax evasion and promote voluntary compliance with tax laws. Foreign financial institutions & investment firms are now required to report the account balances & contact details of their US account holders to the IRS.

Up until this point, the US has enforced FATCA reporting by imposing withholdings on foreign financial institutions (FFIs) that don’t act in accordance when they trade in US financial markets. However, a recent report by the Treasury Inspector General for Tax Administration reports these FFIs have gone so far as to freeze and close US citizen’s accounts considering FATCA compliance too big a liability. The punch line: FATCA has created unintended challenges for American Expats across the globe.

Now let’s dig into the updates…

Get a little, give a little: Respecting reciprocal reporting

FATCA was always intended to be reciprocal – an equal handoff between foreign governments and the US. Intention hasn’t translated to action, however. Foreign countries have been providing the US with this information since 2014, but these efforts have been one-sided.

While IRS Commissioner Retigg believes in “transparency where transparency is appropriate,” he elaborated. “We are forced to make difficult decisions regarding priorities, the types of enforcement actions we employ, and the service we offer.” Limited resources and pushback from the American Banking community (which has already rejected a homeland version of FATCA), make reciprocal reporting seem unlikely anytime soon.

Hesitation for the US to ‘give what they’re getting’ may ultimately stir up additional unintended consequences. Some worry other nations could hide their wealth in the US without fear of it being discovered by tax authorities in their home countries.

In the meantime, more than 100 countries (not including the US) have started incorporating a separate solution. Common Reporting Standard (CRS), like FATCA, works to fight against tax evasion and protect the integrity of tax systems by sharing relevant taxpayers’ information across country lines.

Thus far, the IRS has spent $573 million on FACTA enforcement as of 2020. Very few American expats filed their US tax returns annually before 2010 (when FATCA was introduced). At the time, there was no real way for the IRS to know if its citizens had foreign generated income.

The newest TIGTA report suggests the IRS still has low visibility of its citizens’ foreign income and compliance. Commissioner Charles Rettig confirmed this in a committee setting, saying:

“Congress enacted FATCA in 2010, but we have yet to receive any significant funding appropriation for its implementation. This situation is compounded by the fact that when we do detect potential non-compliance or fraudulent behavior through manually generated FATCA reports, we seldom have sufficient funding to pursue the information and ensure proper compliance.”

Let’s take a closer look at the numbers. When FATCA was implemented, it was estimated to bring in $8.7 billion in revenue over the next 10 years. Although total revenues tied to the legislation are unclear, the IRS has collected less than $14 million over the last 12 years. The discrepancy has placed additional pressure on the IRS to bring efficiencies & structure to their roadmap.

You have (some) time. Take advantage of it!

This pressure is expected to spark action. Already, the IRS has agreed to the work the following key recommendations from TITGA into their compliance campaigns:

With this in mind – non-compliant expats should get caught up now!

If you are a US person and you’re behind on your US tax filing, there’s a safe path to compliance. Under the Streamlined Procedure, expats can claim IRS exemptions that reduce their US tax liability, in most cases to zero. Expats who file US taxes late under the program don’t face any penalties. They must do so voluntarily before the IRS contacts them, however!

Be sure to beat the IRS to it!