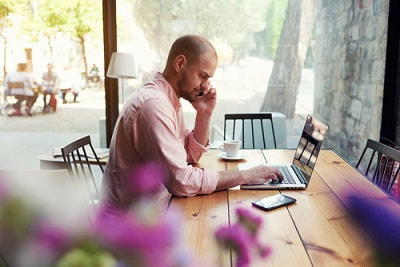 Millions of Americans living abroad are working as freelancers. Some work mainly for one or more American firms, others freelance for foreign firms or provide services directly to small firms or individuals. Many are settled permanently in one foreign country, others are intending to return to the US after a few years, or they may be Digital Nomads, roaming between Wi-Fi hotspots in different countries providing freelance services online.

Whatever their individual circumstances though, in common with all American expats, they are liable to file US taxes, and if they are based in another foreign country they may be liable to file taxes in that country, too. So what do American freelancers living abroad need to know about filing US taxes?

American expat freelancers are required to file and pay US taxes on their worldwide income, regardless of whether they are also taxed on it in another country. There are, however, some IRS exemptions that mean most won’t end up paying US taxes, though they still have to file to actively claim these exemptions.

In particular, the Foreign Earned Income Exclusion allows Americans who can prove that they live outside the US in one of two ways to exclude the first around $100,000 (the exact figure rises a little each year) from US tax liability.

To claim the Foreign Earned Income Exclusion, expats must either prove that they spent at least 330 days in a 365 day period that overlaps with the tax year outside the US, or prove that they are permanently resident in another country. These are known as the Physical Presence Test and the Bona Fide Residence Test respectively.

The Foreign Earned Income Exclusion can be claimed by filing Form 2555.

Other expat freelancers who pay tax in a foreign country may be better off claiming the Foreign Tax Credit, which gives a $1 US tax credit for every dollar of tax paid abroad.

This is a good option for freelancers who pay more tax abroad than they owe to the IRS, as they can carry the excess US tax credits forward for the future.

Expats have until June 15th to file their US tax return, and they can request a further extension until October 15th if they want to. When they do file though, they should also complete Schedule C to declare their self-employment income and expenses.

American freelancers living abroad are also still liable to pay US Social Security and Medicare taxes. The US however has Totalization Agreements with a number of countries (most European countries plus Chile, Japan, Australia, and South Korea) which stipulate that if a US expat is paying social security taxes in that country, they don’t have to pay US Social Security taxes (or vice versa if they are just working abroad temporarily), without affecting the freelancer’s entitlement to social security payments in either country.

American freelancers who live in a country that the US doesn’t have a Totalization Agreement with may have to pay social security taxes twice on the same income, to the US and in their country of residence. There is a way round this though, which involves setting up an LLC in a country that only taxes income earned in that country (such as Belize), and then having the freelancer’s client pay the LLC, and the LLC pay the freelancer a salary. In this scenario, the freelancer is employed by a foreign LLC, rather than self-employed, so self-employment taxes no longer apply.

Two points are worth mentioning regarding this arrangement though: first, not paying US Social Security taxes may affect the freelancer’s future Social Security entitlement, and second, the LLC should be set up by an expat tax specialist, to ensure that it is done properly and includes an employment contract (between the new LLC and the freelancer) and that US corporation tax filing requirements are fulfilled.

As well as filing a US federal tax return, American expats are also required to report all of their foreign bank and investment accounts if they contain a total combined balance of over $10,000 at any time during the tax year.

This includes business bank accounts, even if the account isn’t in the freelancer’s name (so in a business’ name, for example). Accounts must be reported on FinCEN Form 114, also sometimes referred to as an FBAR.

US tax filing for American freelancers living abroad can be complex, ensuring that they fulfill all their filing requirements while minimizing US tax liability. As such, we strongly recommend that American expat freelancers consult a US expat tax specialist, as they are likely to save you a lot more money than they cost. Finally, American freelancers who are behind on their US tax filing are able to catch up using the IRS Streamlined Procedure amnesty program.