Will Taxes for US Expats Rise or Fall Under President Trump? 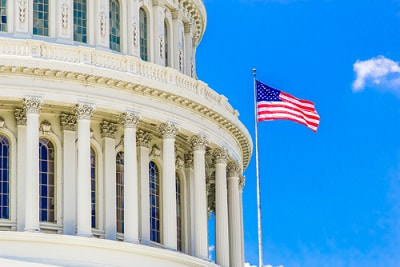 During his campaign, Donald Trump spoke about reforming the US tax system. How will his reforms affect taxes for expats though? We took a closer look.

Unlike almost every other nationality, American citizens and green card holders living abroad are still subject to US taxes, even on their overseas income.

Thankfully, in practice there are several exemptions and exclusions that mitigate any US tax liability for most expats, however these need to be claimed ,and worldwide income still needs to be declared on your annual federal tax return.

In particular, an exemption called the Foreign Earned Income Exclusion allows expats to exclude the first around $100,000 of foreign earned income from US income tax.

As such, assuming that the Foreign Earned Income Exclusion is retained, Mr Trump’s proposed income tax rate simplification and reduction from seven bands to just three with a new highest rate of 33% would only affect expats earning over $100,000, who would benefit from the reduced higher rate.

“Mr. Trump’s view point is that the level of growth within the economy would be large enough to offset the additional cost [of tax cuts] and therefore the deficit won’t balloon.”
– Kurt Rademacher, CNBC.

Mr Trump has also proposed a reduction or abolition of Estate Tax. Seeing as this tax is only levied on estates worth over $5.45m, this will benefit relatively few people. It will however benefit expats passing on assets above this value the same way it benefits Americans living stateside.

FATCA (the Foreign Account Tax compliance Act) was passed in 2010 to oblige foreign banks to pass on details of their American account holders to the IRS, and Americans to declare their foreign assets above a certain value threshold. FBAR (the Foreign Bank Account Report) meanwhile is an older requirement for Americans to report their foreign bank accounts that has been enforced more strictly since the 2008 financial crisis. Together, FATCA and FBAR have caused millions of American expats numerous problems in both their extra filing requirements and in their relations with foreign banks.

Mr Trump didn’t specifically address FATCA and FBAR during his campaign. While the Republican party has been keen to repeal or revisit FATCA for several years, it’s unlikely to actually be repealed following years implementing it along with the fact that over 100 other countries are now taking a similarly draconian approach to sharing tax and bank account information between countries to tackle international tax evasion.

One solution that has been touted is a ‘same country exception’, allowing Americans abroad to have a normal bank account that doesn’t need to be reported either by the bank under FATCA or by the account holder under FBAR. No indications have been given regarding any such changes yet though.

In conclusion, the benefits of Mr Trump’s simplified tax system for the majority of expats will be minimal. Those earning over $100,000 will see a reduction in the amount of income taxes paid though.

If you’re an American living overseas and you have any questions regarding your US tax situation, we strongly recommend that you contact a US expat tax specialist, as penalties for filing and FBAR non-compliance can be high.